An Oddity From Barcelona Vs. Chelsea

Share All sharing options for: An Oddity From Barcelona Vs. Chelsea

Chelsea have caught some flak for resorting to incredibly defensive tactics against Barcelona at the Camp Nou. Sure, it worked, but according to many, the football just wasn't pretty enough for Chelsea to deserve their spot in the Champions League final. Well, I have proof(!) that this was not the case: 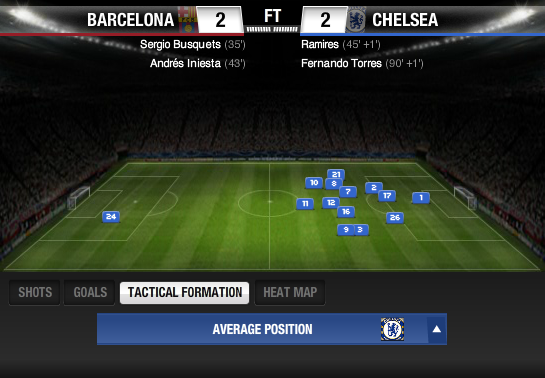 Too defensive? One of our centre backs was camped out in Victor Valdes' penalty area! Total football!

PS: I know why this has happened, but a nice shiny rec to the first person to figure it out in the comments.

PPS: Consider this my 'why average position is silly' post.