Fulham 1-1 Chelsea: Somebody get me a stotch

Share All sharing options for: Fulham 1-1 Chelsea: Somebody get me a stotch

Christ that made for disturbing viewing. Somebody get me a glass of the good stuff, preferably Laphroaig 27-year-old. This is going to be a long, rough evening. 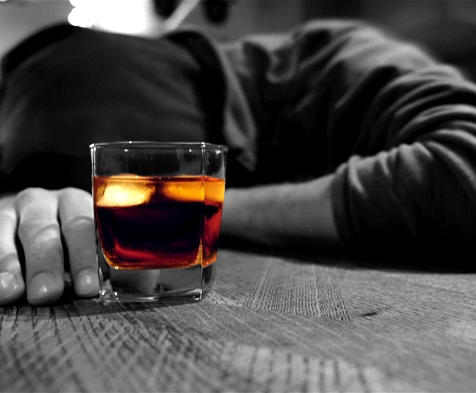 It's a safe bet that John Terry left Craven Cottage late Monday night wandering what the hell had just happened. Let me help you out, John: For the lack of more formal prose, we cocked up another one. Chelsea snatched disappointment from a winning position once again this season, surrendering another late goal, this one with less than 10 minutes remaining, and were forced to settle for a share in a league match that carried more weight than I think most of us expected when the day began.

Defeat for Tottenham earlier Monday (2-1 at home to Norwich City) left the Champions League door shockingly ajar. Surely that was all the motivation our players required prior for to this match, a quick two-day turnaround from Saturday's fortunate victory against Wigan Athletic. Apparently not. We buckled in a game where we could potentially have risen to fourth in the Premier League depending on goal difference, and now find ourselves out of the European places entirely. How a little over an hour and change can alter your mindstate.

That's right. Over the course of the match I went from cautiously optimistic - actually I was probably more close to buoyed than anything else early in the second half - to being downright pissed off. You know, I don't think a Chelsea result this season has angered me quite as much as this one, which is odd considering the amount of shite we've been witness to this term. To watch this side willingly invite pressure onto itself late on, when you are well aware of its recent history, is exasperating.  So much on the table for which to compete, and yet we fail to muster much of anything in the way of meaningful attacking threat over the final 20 minutes.

This was a Fulham side coming off consecutive victories. This was a Clint Dempsey who had scored three goals in his past two league games, and was sitting on 21 in all competitions prior to Monday's fixture. The hosts were fluent in attack as well as highly aggressive (in a very honest sense), and carried the play for large portions. Moussa Dembele caught the eye, and not for the first time. The teenager Kerim Frei also was a head-turner, and not at all for the fact that he shares a surname with 7 million other Swiss natives. The kid can play. Damien Duff, the former Chelsea favorite who has rolled back the years in recent weeks, and one-time Liverpool punchline John Arne Riise were symbolic of the effort on show. Fulham were, quite simply, fresher than us despite having played on Saturday as well.

Fatigue is certain to be an unwelcome shadow looming over Stamford Bridge for the next two weeks, but it's hardly an excuse for today's performance. Caretaker manager Roberto Di Matteo made six changes to the team that defeated Wigan, and yet we still looked slow and cumbersome with or without possession. Barring an encouraging spell to open the second half in which we displayed some semblance of energy, we lacked any urgency and the guile required to break down our opposition. This could be said about the past three games, really. We are embarrassingly devoid of ideas at the moment, this being glaringly evident once we went in search of a winner following Clint Dempsey's headed goal (via Gary Cahill's back) on 82 minutes. Hopeless.

Speaking of that goal - the updated seasonal tally of concession tells me that 20 of the 48 goals the club has surrendered in all competitions have come after 80 minutes. That's roughly 42 percent of our total. Amazing and, moreover, depressing. 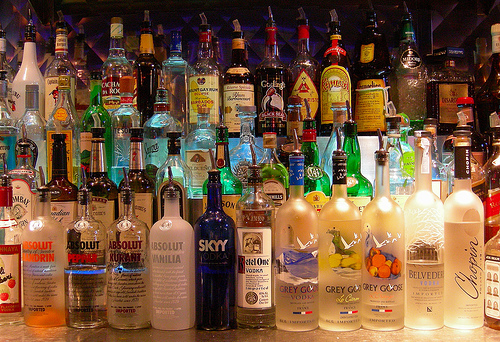 Let's dig a little deeper into this phenomenon. Well, it's not a phenomenon is it? It's simply a combination of setting back and some wholesome slices of egregious defending. How wonderful. So, taking a look at all goals conceded by Chelsea since the beginning of March:

The second-half apocalypse. Ten of the 11 goals we’ve conceded over that time period have come after 75 minutes. That lends creed to those that say we are tiring badly at the end of games. Old squad with lack of rejuvenation - we've heard that before. It also confirms that our approach is severely flawed. Why are we not killing teams off? This has been a problem for seasons now, and, frankly, it should be an easy fix. We used to batter teams, now we invite them to recover. What the fuck.

Another stat of real note, and concern, popped up in the comments section for Dominic Fifield's match report over at the Guardian. This commenter who shall not be named stated that we've dropped 11 points in the last 10 minutes of games this season. That's a shitload. And it's unacceptable.

What was unacceptable on an individual level today? A lot actually. What happened to Ramires? He seemed lost out there. Aside from some shifty feet to win the penalty, Salomon Kalou offered next to nothing - that is if you discount his absurd miss in front of goal early in the second half when it looked easier to score (superbly set up by Frank Lampard mind you). As for Frank, our midfield once again crumbled, with all involved (Lampard, Raul Meireles and John Obi Mikel) enjoying subpar shifts. Our improvement at the start of the second half coincided with Lampard grabbing the game by the sack, but even that spell was short-lived. Fernando Torres, though severely starved of service, fell victim to whatever soul-sucking virus consumed our players today as well.

I think I'll stop singling out players because, to be honest, this was a collective shit sandwich. Perhaps only Petr Cech and Ryan Bertrand made a positive impression, with the latter in particular proving one more time that he is no doubt a competent option at this level. Also, Di Matteo's substitutions were ineffective and bordered on poor. If ever we needed to overlook Daniel Sturridge's flaws today was the day, what with Ramires finding it hard to do anything right. In fact, our passing as a whole was atrocious.

Still, it is a point away from home against a team that employs a handful of very good footballers. I guess not all is lost. However, it's tough to remain positive knowing the opportunity that was presented to us prior to kickoff. The hard truth I'm afraid is that we're just not that great (if I can use the term great here) of a football team. We've actually done incredibly well to get into the position we currently find ourselves - sixth in the league and semifinals of both the FA Cup and Champions League - considering the amount of flaws that afflict this team, and have afflicted this team for some time now.

It's difficult, I think, to argue that we even deserve to qualify for next season's Champions League. Of course we all want to, and we all hope we do, but we have no reason to be up in arms if we fail to do so. Three cheers for optimism.

Moving forward then. On to the weekend and another pivotal encounter, this one with Tottenham in the FA Cup semis. A much better performance is not only expected, but required.