Chelsea Add Another Young Keeper to the Stable

Share All sharing options for: Chelsea Add Another Young Keeper to the Stable

Could there be a bit of truth to those Courtois to Real Madrid rumors? Probably not. But just in case, Chelsea have added another young goalkeeping talent to the ranks. More, after the jump: 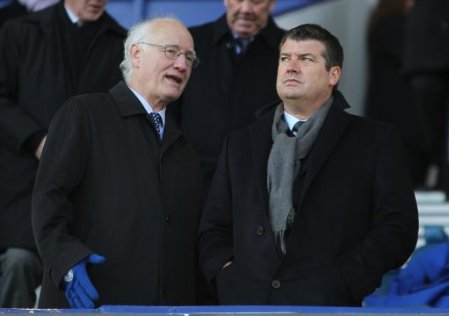 'You know what you're doing, right Ron?'

His name is Luca Savelloni, he's 16 years old, and that's about that. No really, there's little to have on the kid at the moment. He was purchased for roughly 1.7mm quid from Pescara. Beyond that, it's anyone's guess what he's all about. With Thibaut going H*A*M in Atleti colors, perhaps it's just an insurance policy to add Luca to the mix. He'll be attracting the siren calls of many clubs this summer, not the least of which reside in Madrid. So it's anyone's guess just what we're really doing here with this addition, but I'm sensing it's nothing more than a low-risk addition to the youth squad for the foreseeable future. I strongly doubt Courtois is going to be sold or let go after one scintillating season on loan. Chelsea have a high regard for his talents and are likely to let him see out the remainder of his loan with Atletico before bringing him into the fold to replace Pete.