So this is where we pick up the pieces and attempt to move forward. Prepare yourselves to be amazed at how well we can play when our merry band of egotistical misfits decide to show up. More, after the jump: 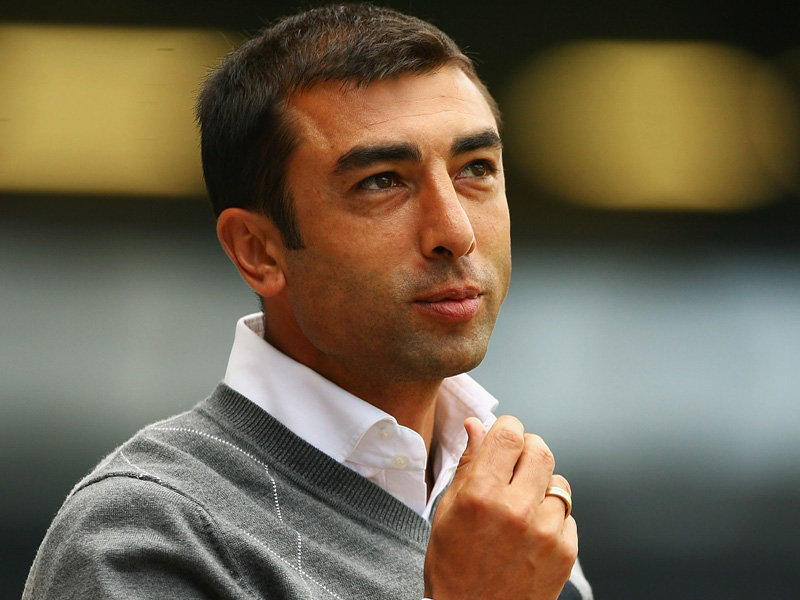 This is really becoming 'old hat' isn't it. Here we go again, picking ourselves off the ground, dusting off our sleeves and getting back to the business of football matters. No longer can we wax philosophic on AVB's reign. Now it's RDM's turn to take his place in the hot seat. With little to lose in his first official outing as gaffer, I'd expect Roberto to fiddle with the squad for tomorrow's replay. Mind you, Birmingham are missing a litany of players (eight to be exact) which makes this seem like an easy ask. But it's not friends. It's never easy with us, as you're well aware. On to the specifics:

Why: I'm not even going to dignify that with a response.

Them: Broken, would put it lightly. Missing out are Stephen Carr, Steve Caldwell, David Murphy, Peter Ramage, Curtis Davies, Andros Townsend, Keith Fahey, Erik Huseklepp and Caleb Folan. Either through injuries or being cup tied, Birmingham have only one fit first-choice center back that can line up tomorrow. Yay. But that does nothing to belie any concerns we might have. Birmingham are still a very well-drilled squad that can give us problems, particularly at home. Seeing as how we've lost three matches on the trot away from Stamford Bridge, I'm not enthused about any of these injuries or missing players. I haven't seen anything in the way we've played to suggest this will be a win for us.

Us: You already know. We're shit, we're an embarrassment, et all. But, we have a job to do, so why not get out there and at the very least attempt to win some silverware this season. Roberto takes the helm amidst the backdrop of AVB's departure. There are some within the Chelsea camp that suggest he has even less appeal amongst the players then Andre had. Yikes. No matter though, they will just have to strap up and get to work. Missing tomorrow are Jose Bosingwa, John Terry, and possibly Ashley Cole. With a chance to shuffle the deck and lay a marker down for what's to come, I'm sensing RDM will make changes from the side that crashed to defeat three days ago at The Hawthorns. 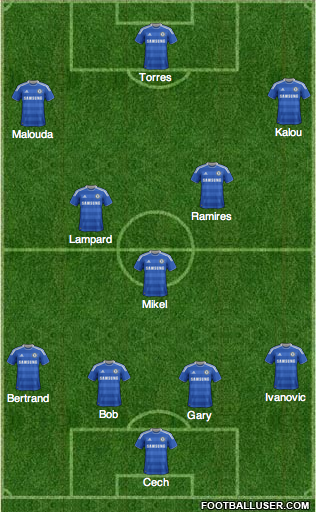 That's my story and I'm sticking to it. Fernando gets the call because he needs this. Didier can do with a rest. Danny can do with a rest. Juan can do with a rest. The Bison can do with a rest. Ryan needs minutes. Otherwise, it's straightforward. We need goals so there's the outside possibility that Raul gets a nod instead of Obi Trice, but I'm doubtful that he would start in the defensive midfield hole. It's anyone's guess how we actually line up or what comes of tomorrow. I'm expecting a hostile reception for our beloved Blues, and a few close calls. But in the end, I see us prevailing against adversity. It would seem, however, that the world expects otherwise.

So lets give them a show, shall we?