And the joke continues: Villas-Boas sacked just eight months in

Share All sharing options for: And the joke continues: Villas-Boas sacked just eight months in

So, it's the same old then. Tired, embarrassing shit. 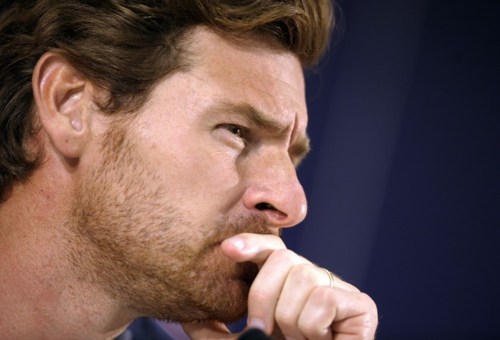 Let me see if I can predict our immediate future here. Shouldn't be so hard considering this has become a regular occurrence on Fulham Road over the past eight or so years. A call to Miss Cleo tells me this is how it will all go down at Chelsea over the next few months: Players get their way (wonderful), we improve for a short spell during our new manager's honeymoon period conveniently masking all of this club's acute deficiencies, and then we go on about our usual hollow business in the summer.

Repeat ad infinitum. Might as well make Frank Lampard manager, with Cashley and company on the staff, too. When is it going to stop? I guess when we're in the Championship.

What a fucking joke. Really.

Andre may not have been the man to see us forward. He was brash, arrogant and inexperienced. He struggled with the media attention and, perhaps more significantly, succumbed to player influence far too early in his tenure. However, he was clearly a young man with a bright footballing psyche. The sad thing is that we'll never know just what he could have accomplished in London because, yeah, we pulled our usual card before he even had a chance to make a true impact. Well done, Chelsea. Again.

You know, I can't wait to see the Portuguese pop up elsewhere following a few months of cool island breezes (with a hefty settlement in tow) and transform an average club with average resources into an elite club with Champions League ambitions. That will be fun. Yeah. Because that's what we do, right?

Who's next, Rafael Benitez? Pardon me while I throw my head under a guillotine. More on guillotines in the West Bromwich match recap, which may or may not become a reality following this news.

More over, when is the nonsense going to stop? Never, apparently. I guess we'll just continue sacking young, promising managers - needlessly shifting millions of pounds in the process - until our reputation as a club, a player-driven club at that, has deteriorated to the point where not even Ian Dowie will post up in the manager's box at the Bridge. It's coming, believe me.

That's all I can take of this for now. I'm tired and angry. And hungry. And not the least bit surprised. We've done it again, guys. Take time out to raise a glass to Villas-Boas today. He attempted to cleft the long-standing chain that has hindered this club in recent seasons, but in the end was undone by his own arrogance and inexperience, and, as usual, a truckload of massive footballing egos. Shame.

Good luck to you, AVB. Now, who's insane enough to take up this position going forward?

Edit: I guess I should mention that Roberto Di Matteo has been named caretaker manager until the end of the season. Interesting this, as the decision clearly throws all the blame for our miserable form at the feet of Villas-Boas. Upper management is basically saying there are no credible managers available so we'll just wait until the summer. A major slap to the face for AVB. The question now is how much is going to change under Di Matteo? After the usual honeymoon period, probably not much. This stinks of insanity, doesn't it?