Chelsea travel to the Midlands on Saturday afternoon in desperate need of a full set of points. However, this match has shaped into something more altogether after today's news regarding Aston Villa captain Stiliyan Petrov. 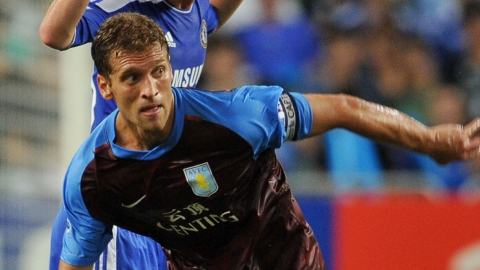 Villa revealed today that Petrov has been diagnosed with acute leukemia. This, my friends, is truly sickening news. At 32 years young, Petrov has much left to accomplish in his life - both on and off the pitch. Watching Petrov, a Bulgarian international, from afar, it's easy to see why he's admired by colleagues and opponents alike. He's unrelenting, committed and, all in all, a true competitor. Off the field, by all accounts he's one of the good guys.

Devin and I would like to send our collective best to Stiliyan and his family during this unsettling and uncertain time. Here's to hoping that early detection will not only save his life, but also allow him to continue his playing career in the future. We're behind you, Stiliyan.

How often are we reminded that this is just a game? Just a game.

Why: Because last week's goalless home draw with Tottenham was, to be nice, utter shit. I'm never getting those 90 minutes back, guys. More over, we're still five points adrift of the oh-so-coveted fourth position. If we're to have any semblance of a chance of climbing back into the Champions League places, we need to defeat a team that has by and large struggled all season long.

A hex?
Athletes are a superstitious bunch. Me, not so much. However, one cannot really deny that Villa have derailed us on the regular over the past few years.

You may recall the embarrassing 3-1 setback at Stamford Bridge earlier in the season. You may also be aware that we have won only once at Villa Park in 13 years. We failed to win there in our three domestic championship seasons.

Yeah, Villa may well have a voodoo doll or two at their disposal.

Them
Statistics aren't going to save Villa, I'm sorry. This isn't exactly a team that strikes fear into anyone (my famous last words). Villa have taken just four points from their last seven league matches. That's marginally worse than us actually - 10 from a possible 27.

Lack of form isn't the only problem, either. Alex McLeish is down a convoy of first-team players, including Darren Bench (ankle), Richard Dunne (collarbone), Charles N'Zogbia (knee), Fabian Delph (calf) and now Petrov. Ciaran Clark and Alan Hutton are also on the mend and will be unavailable.

Eric Lichaj is likely to fill in for Hutton at right-back, while Chris Herd, Barry Bannan and Stephen Ireland will probably have to combine their efforts to fill the void left by Petrov. Up front, Marc Albrighton and Garbriel Agbonlahor - who has faded badly since an excellent start to the season - are expected to flank Emile Heskey. The Heskey yo.

Us
Raul Meireles is the only player unfit for Saturday's contest, the Portuguese picking up a minor knee injury in the away win over Benfica in midweek. Branislav Ivanovic has recovered rather quickly from his thigh injury and is available for selection. Too bad for Paulo Ferreira, right? The definitive squad player earned another start after turning back the clock in midweek. Hopefully Paulo will be in the mix for the rest of the season, though, shifting Jose Bosingwa to a nameless desert in the process.

The rest of the side should select itself one would think. I see no real reason to change a winning side unless Di Matteo has a view on the return leg with Benfica - which he no doubt will. One thing I would most certainly do is give a much-needed rest to Juan Mata. The kid appears to be running on fumes and his effectiveness, as it relates to his fitness, will be pivotal in our success in this run-in.

Elsewhere, recalling Daniel Sturridge isn't out of the question; neither is seeing the likes of Gary Cahill, Michael Essien and Frank Lampard restored to the lineup. As you can see, Di Matteo has a plethora of ways he could go Saturday - which is both a good and bad thing. 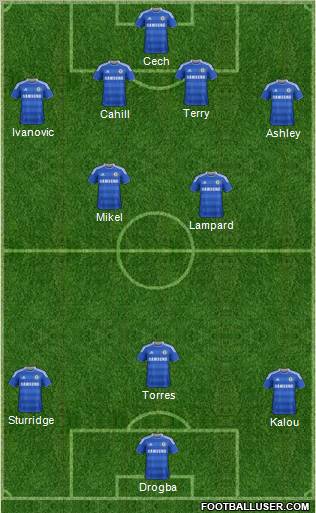