Fernando Torres has always been press worthy during his time at Chelsea. It's only that now the news seems to be largely flattering and the transfer rumors are actually including fees - this rather than us paying another team to take the Spaniard off our hands.

The latest news to emerge regarding Nando comes via his agent, Antonio Sanz, who spoke with www.pagineromaniste.com. Sky Sports picked up on the interview and I must say, it's an odd one. 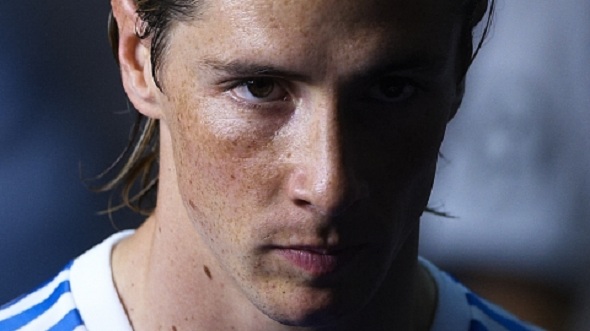 Here's what Sanz had to say (via Sky):

We know the new American project at Roma and the philosophy of manager Luis Enrique, but if Roma want Fernando they will have to talk with Chelsea. The Italian championship is of a good standard, but there are currently no discussions with Roma or Juventus.

Fernando has another four years on his contract at Chelsea and the situation there has changed for him. With (Andre) Villas-Boas he was not considered, but the arrival of Di Matteo on the bench has seen him rediscover his confidence. He played a great match in the Champions League in Lisbon (against Benfica), assisting the winning goal for (Salomon) Kalou.

We'll evaluate his future in the coming months.

Wait a tick. Forget Roma or Juventus or Anzhi or whomever - I find it baffling for this man to blame Andre Villas-Boas for Torres' poor run of form during a significant portion of this season. It's not just weird, it's simply wrong.

Torres received a number of opportunities to impress under Villas-Boas and, for the majority of them, failed to do so. If I'm not mistaken, he played more under AVB than Didier Drogba. Could Torres have not gelled with Villas-Boas' personality (like many senior players)? Sure. Could Torres not have liked Villas-Boas? Of course. But to suggest that "he was not considered" under the Portuguese manager is bogus shit. To the tenth degree.

If we're going to bash AVB, let's bash him for the right reasons.

And what's this about evaluating your options at the end of the season? Shouldn't that be the other way around, with this club considering Nando's future? Chelsea, as well as Chelsea supporters, have shown unwavering support for Torres ever since he arrived - goals or no goals. It's definitely in poor taste to suggest that the player, even if Torres knows little about what his agent is doing/saying, has even the slightest eye on other options at the moment.

Sidenote: If true (which is unlikely), we'd be mad to turn down 40 million Euros for this guy, right?