So much for those overtures about securing Champions League football then. Chelsea gifted Arsenal the security it wanted, toiling to a bore-draw with neighbors Tottenham, in what can only be described as a disappointing display. The good news? Nothing, really. More, after the jump: 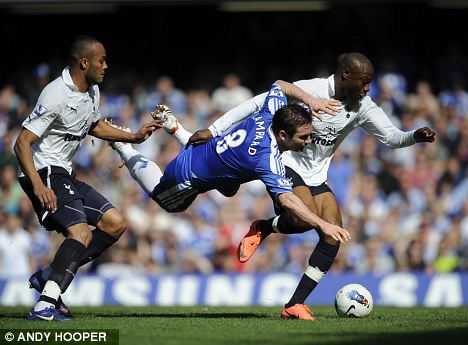 So much for all those good vibes we were buzzing off of then. This was supposed to be an afternoon in which our aspirations were on display- the resolve to fight for fourth place and push ahead in our two remaining cup competitions. Instead, we looked woefully ineffective against a Spurs side that deserved three points. That we came away with a point is in itself a miracle. That Tottenham failed to net is another story. That we got Gary Cahill for 7 million quid remains another mystery after the defender had himself another excellent showing.

No match recap today. No Nic Cage montage. Just a few thoughts on what happened and what's coming: