It had been almost five months since the last time he struck gold. No longer are we left to wait, and no longer is he left to ponder. Fernando did the business on Sunday, and with style. Hit the jump for details and the like: 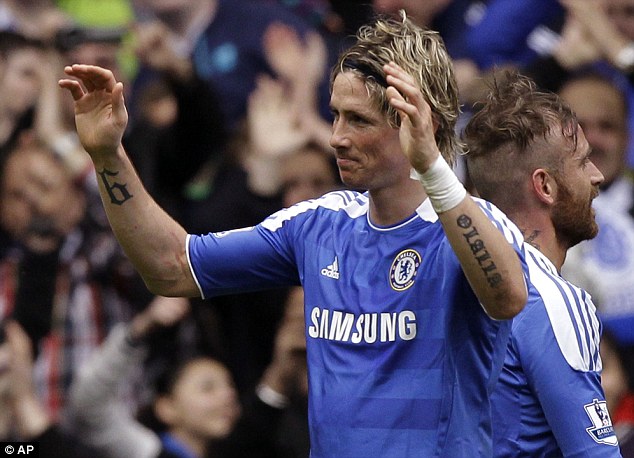 The face of relief

Admit it, you exhaled. I sure as hell did. Couldn't resist the overwhelming celebrations to boot. Had to employ some catharsis- it's been way too long for Fernando, and for us as fans. We've stood by him during this dismal stretch, fingers crossed in the hopes that it would end sometime in the near future. But that future never seemed to materialize, even if his individual performances had improved. Since January, he's been showing flashes of brilliance, and moments of greatness. Despite this, it's never quite come together in one complete package. Until now. Two goals and two assists on the afternoon remind us all of the potential he represents, and the remarkable skill he possesses. That it came against an inferior side needs to be taken into context, admittedly. But for someone itching to get something positive to latch onto, this was as good as its going to get. Even when its been dire for Fernando he's remained steadfast in his efforts to put the team first. It's obvious, therefore, that he neglected the opportunity to nab a hat-trick at the death in favor of squaring for Raul to bury the games final goal. Class. His celebration after the first, the smile, hugs, and applause and adulation for the fans who've stood steadfastly behind him- brilliant. He may never be the player who scores 30 goals a season, or he might still have that quality left in the tank. But for an afternoon, it was damn nice to watch him do his thing, with style.

And by the way, we won 5-2- thereby improving Bobby's managerial record at the club to four wins in four outings. Nice. Can't get into more detail than that at the moment- completely swamped at work this week and Jack's earned himself a well-deserved break. So, take my word for it friends: we were sharp and the gulf in class between our squads was apparent from the start. Fernando had himself a hell of a game, but the scoring was opened by Gary Cahill, who nabbed his first in a blue stripe, and proceeded to pay his respects to his former colleague from Bolton in style. Pray for Muamba was etched on his shirt, along with a few other Chelsea cohorts, who delivered wave after wave of attack at the Leicester door. After Gary's opener, it was the enigmatic Kalou who benefitted from the speed and precision of Fernando, slipping an easy-as-pie shot past the keeper for our second. It wouldn't be long after the break before the moment Nando had been clamoring for came to fruition, albeit with a bit of a lucky bounce. But shit, a goal's a goal, and I can say I'm happy for the guy. Perhaps nobody carried a bigger grin than Bobby Di, but this moment belonged to Fernando. A second would soon follow, off a brilliant corner delivery from Raul Meireles- which found the head of that man Fernando once again. From an acute angle, the Spaniard buried the shot with precision and verve. A fifth before the death, with Fernando offering up quality service for Meireles was all it took to see off Leicester, who made a game of it with two goals for their part.

I'd write more, but everyone else has done a number on this. So lets just celebrate a win, congratulate Fernando on his newfound success, and look forward to Wednesday's showdown with the Citizens of Manchester.