Perhaps the hangover persists. If it does, good for you. But here's hoping the squad are sufficiently past the midweek celebrations and focused on the task at hand. We remain in the hunt for the FA Cup- even if it doesn't mean much to a number of us in the grand scheme of things. It is much more important to focus our efforts on the PL, but it sure as hell wouldn't hurt to win this trophy (especially with a draw as kind as this). More, after the jump: 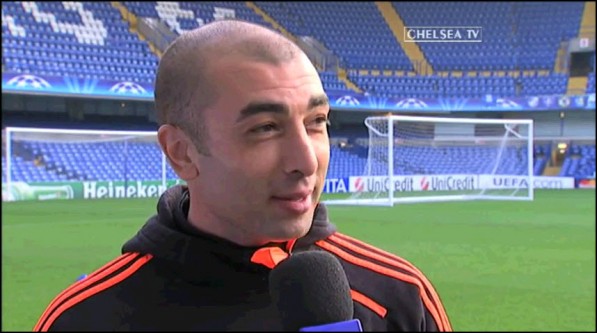 Chelsea keep it in the Thunder-dome for this weekend, with the visit of Leicester City on the cards. In his pre-match press conference, Bobby Di hinted that he would field as strong of a squad as possible for this one. Not sure if I'd agree with the gaffer with that assertion. This match presents a great chance to blood some of the fringe players while allowing the senior members a well-deserved rest, offering freshness before a crucial midweek trip to the Etihad. On to the specifics:

Why: Consistency. Onward and upward. We're getting somewhere, that's for certain. However much can be attributed to the removal of AVB is up for debate- but it does little to belie the fact that we're on the rise. We're in the midst of a tremendous stretch of fixtures, including a trip to Manchester on Wednesday for what promises to be a turgid affair. And as mentioned above, if we can continue our run in the FA Cup, provided we limit our exposure to undue injuries and the like, we owe it to ourselves to get this trophy.

Them: I can't lie, I don't know enough about Leicester to truly give you an adequate assessment of their strengths and weaknesses. The Foxes are making their first appearance in the quarterfinals in seven seasons. As the only remaining club outside the Premier League standing, it will be a gigantic feat for them to uproot a Chelsea squad on the ascendancy. But there are positives for sure- Paul Konchesky is back from a three-match ban, Jermaine Beckford is tied for the top scoring slot in the competition, while Matt Mills, Ben Marshall, and Steve Howard are all in contention for a starting berth. It won't be easy, for certain. But, in Leicester Chelsea face a squad that's both fearless and has nothing to lose. The upset is clearly on the cards. (Cue the March Madness references).

Us: Remember three weeks ago when it all seemed like it would crash down upon us? It's been a while since then, and a lifetime of good has transpired- not the least of which includes our incredibly uplifting Napoli victory ensuring safe passage to the quarterfinals of the Champions League. Roberto's first fixture in charge of the squad was in this very competition, you'll recall. Back then, we had no idea what would happen but we all crossed our fingers for the best. Three matches later, everyone seems convinced that we're destined for greatness. If so, then we'll need to pick up where we left off in midweek, and perform with the same tenacity and grit that saw us navigate our tremendously treacherous Champions League showdown. Roberto's giving nothing away regarding who might line up on our side, but that's why you have us. To speculate, naturally. So, based on his statements and my brilliance, I've decided we will look like this: 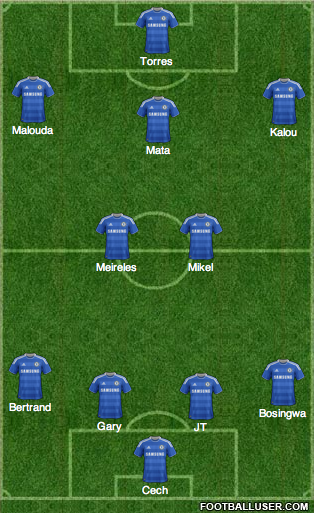 You might think this is insane, and sure, it might be. But I get the sense John and Juan will feature, even if they're tired. A few of the players that missed out midweek will get runs I'm suspecting, while the bench will have the likes of Romelu and Romeu (I SMELL A SITCOM!). I'm not going to get too ahead of myself though, and assume we'll put on a magnificent show- I'm just hoping for the most realistic of wins, even if it's 1-0.