Share All sharing options for: News & notes: Mikel fit for Everton, Christensen to join in summer

A few notes from around the club today, including the signing of another young talent (as seen below). 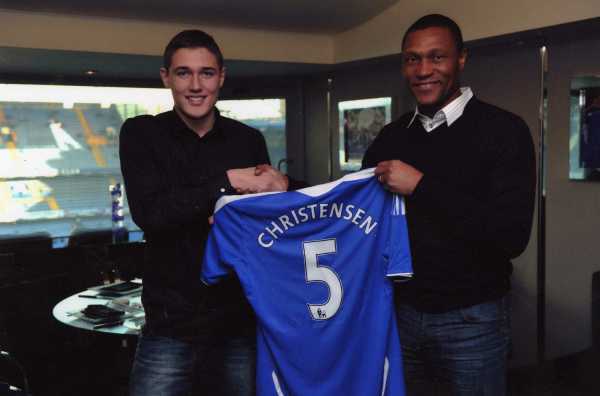 Mikel to be fit for Saturday, Lampard likely
• After some seven weeks on the shelf, John Obi Mikel is finally ready to resurface. Mikel has returned to training this week, following what apparently was quite a nasty hamstring injury suffered against Tottenham before the turn of the year. It'll be nice to have Mikel available once again, as, despite the furor whirled his way by many a supporter, he's still a quality defensive midfielder.

Meanwhile, Frank Lampard is also expected to be in the team for the trip to Goodison. The vice captain has missed the past three games with a calf problem. You know as I do that, despite his overall dip in form, Lamps is still a key member of this season - with key goals in his locker.

The duo's return leaves only John Terry and Ramires among the injured first-teamers at the club. And with Didier Drogba and Salomon Kalou to return next week following the conclusion of the Africa Cup of Nations, we'll be approaching full strength. Great news.

Danish U-17 defender to join the Chels in the summer
• So our youth movement continues. The latest talented prospect to link up with Chelsea is Andreas Christensen. The club has apparently snatched up the 15-year-old defender on a free transfer from Brøndby IF on a free transfer. He's expected to move to the club in the summer.

As you may recall, Devin brought you news of a possible move for Christensen in November. At the time, we were apprehensive following the premature reports of a deal for Seyi Ojo. Now, though, it appears our concerns were unfounded. Here's what the young defender had to say about joining Chelsea, according to Ekstra Bladet (via Sky Sports):

I have chosen Chelsea because they play the kind of football I like. At the same time, they have the best plan for my future in football.

Clearly this is a signing with a view to the future. We won't be seeing much of Christensen near the first team in the next couple of seasons - unless he explodes - but that's fine. We add another young gun to our growing list of them; in fact, we now have an excellent crop of young central defenders at our disposal. One of these kids is bound to break on through. Right? All in all, another good day for Michael Emenalo.