Alliteration for the win. More, after the jump: 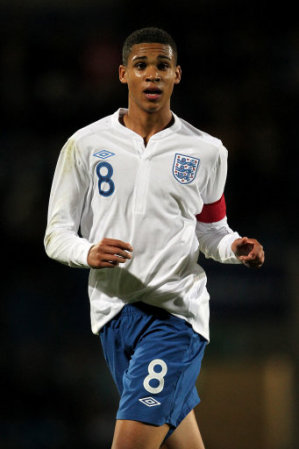 Get this: Barcelona are upset.

Apparently, the idea of losing another crop of high-quality young players this summer (almost a certainty) has many in the Catalonian corner of Spain vexed. So, they're planning to flip the script, if you believe the Mirror. Now they're plotting to 'raid' an English club for one its young prospects- and naturally, it happens to be Chelsea that are the target of this presupposed 'raid'. That oughta teach them for taking Oriol!

Call me cynical, but there's just so little to this story that I'm struggling to come up with 100 words. With our season teetering on the brink of outright chaos, I'd call this one a non-story for so many reasons (not the least of which is the Mirror as a source). But it does bring to light an interesting question that's worth, at the very least, an ounce of thought.

What are we to do with this apparent hoard of youth prospects? If Andre truly has designs on bringing new faces into the fold, then what of this current collection of talent (which mind you has been pried from a litany of excellent academies across the continent). Could this be the summer that commences the Great Exodus? Hey, might not be as crazy as you think.

I don't have enough of an opinion on Ruben's abilities (don't get to see enough of the kid play). Therefore, I haven't decided where I stand on this apparent 'transfer'. But if he's looking for first team football, someone needs to tell the kid the realities of playing in Barcelona. Hell, Oriol might want to take him out for a bite and give him a dose of reality.

Point being? Nothing really. If he wants to leave then so be it. We have more important things to dwell on at the moment then this. Like, OMFG Jose was in LONDON!?!?!?! (Note the sarcasm).