Sources close to AVB: Manager to be sacked if Napoli advances

Share All sharing options for: Sources close to AVB: Manager to be sacked if Napoli advances

It may not matter what we think for much longer, that is if Duncan Castles is to be believed. He says, in The National, that Villas-Boas has been told he will be sacked if he fails to guide Chelsea past Napoli in the second leg of our Champions League first knockout round tie in two weeks. 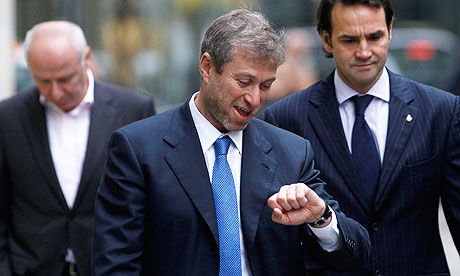 Here's the meat of Castles' article:

Recent conversations between the manager and Abramovich included an explicit warning that exiting the competition the Chelsea owner covets beyond all others to a club well down Serie A was not acceptable.

The Russian billionaire is said to have informed Villas-Boas that he still liked the young coach and supported plans to radically overhaul a rebellious squad this summer, but other important figures at Chelsea do not want him at the club next season.

Make sure you click the link before the jump and read the entire piece. Of course, we're not sure how reliable the information being presented actually is. Like most British sports journalists, Castles has endure his fair share of gaffes. Nevertheless, it's something to ponder as we enter the next two weeks of fixtures, which will close with Napoli at Stamford Bridge.

Villas-Boas himself gave the first real indicator of his tenure that his job may indeed not be safe in an interview with a Portuguese radio station yesterday.

I guess we'll just have and see how this plays out. Once thing's for sure, we don't have long to wait.