Abramovich Strikes Back! What AVB Would Have Faced Had He Lost To Bolton

Share All sharing options for: Abramovich Strikes Back! What AVB Would Have Faced Had He Lost To Bolton

Chelsea might have won against Bolton on Saturday, but what would have happened if they didn't? We use the magical powers of our imagination to work out Andre Villas-Boas's fate, casting our eye towards the very bowels of Stamford Bridge, where Frank Lampard and Roman Abramovich are cooking up a surprise...

There is a great activity on the platform. Six stewards frantically prepare the chamber for use. A special coffinlike container is put into place. Frank LAMPARD stands to the side, looking sinister. Andre VILLAS-BOAS is muscled towards the contraption, accompanied by defenders Ashley COLE, Branislav IVANOVIC and Jose BOSINGWA. Ersatz midfielder Raul MEIRELES is also with them, as is owner Roman ABRAMOVICH.

COLE: You're having your contract... frozen.

Roman ABRAMOVICH moves away from the group to Frank LAMPARD.

ABRAMOVICH: What if he doesn't survive? He's worth a lot to me.

LAMPARD: The fans will compensate you if he dies. Put him in!

Realizing what is about to happen, Branislav IVANOVIC lets out a wild howl and attacks the stewards surrounding Andre.

Within seconds, other reinforcements join the scuffle, befuddling the giant Serbian bear-man with their complicated words and such. From the instant of IVANOVIC's first move, Jose BOSINGWA begins to scream in panic while he tries to protect himself with his enormous eyebrow.

The stewards are about to confuse IVANOVIC even further with their words and instructions.

VILLAS-BOAS: Stop, Branislav, stop! Do you hear me? Stop!

BOSINGWA: Yes, stop, please! I'm not ready to start at right back again. I may never be!

VILLAS-BOAS breaks away from his captors. LAMPARD nods to the stewards to let him go and the manager breaks up the fight.

VILLAS-BOAS: Save your strength. There'll be another time. The princess - you have to take care of him. You hear me? Fernando needs your help.

Andre winks at the Serbian bear-man, who wails a doleful farewell.

In a flash the guards have slipped binders on IVANOVIC, who is too distraught to protest. Andre turns to Raul MEIRELES. They look sorrowfully at one another, then Andre moves toward him and gives him a final, passionate kiss.

MEIRELES: I love you! 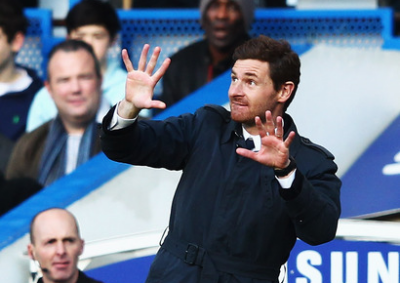 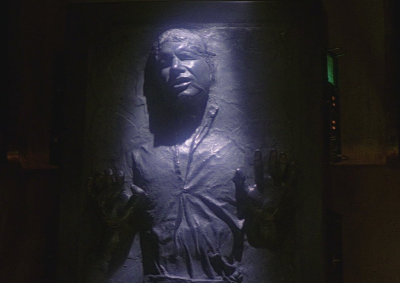