Hey Frank, why soil a positive display with incendiary comments?

Share All sharing options for: Hey Frank, why soil a positive display with incendiary comments?

This afternoon, for most of us Chelsea brethren, was a nice change of pace from the usual depression-filled days of the past couple of months.

It should have been an evening to savor - for players, staff and supporters - following the recent string of poor result after poor result, but it seems as though more speculation is bound to engulf Chelsea instead after Frank Lampard opted to talk up internal (and personal) strife rather than focus on the positives of today's display. 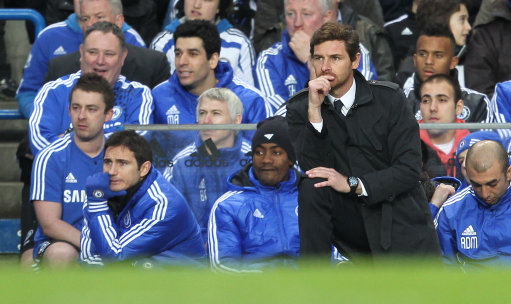 Lampard spoke to the media after today's 3-0 win over Bolton in which he capped the scoring. I assume he was asked something about the potential problems surrounding the club, and here is how he chose to respond via the Mirror:

I think, from the outside, you can probably see that it's not been ideal but the important thing is not to focus on individual relationships too much. It can only be negative and people do like to play on negatives. There have been certain issues. Certain players, we don't like not to play. But it's never a case of players throwing their toys out of the pram to the detriment of the club.

I've been here a long time, I'm 33, I'm realistic. It doesn't mean I want to play every game but, if I sit on the bench, I want to see Chelsea win. I'm sure we're all frustrated at the minute, everyone who's involved, especially people who have got Chelsea in their hearts, who have been here a long time and want to see us performing as we should do.

Really, Frank? Apparently we don't need to focus on individual relationships; I assume that means that Frank and Andre Villas-Boas are certainly not going to be on each other's Christmas card list this coming holiday season.

That may be true, but why goes as far as to blurt it out in public? I know AVB has been rather candid with regard to his feelings on similar subjects, but that doesn't make it OK. Nobody should be discussing this kind of stuff with the media. All it does is create controversy around the club and leads to more speculation from the media - something we desperately need to avoid at the moment. AVB is already having to deal with enough questions about the club and his future with it.

Of particularly note was this little nugget: "especially people who have got Chelsea in their hearts." What does that exactly mean? Is he having a dig at some of the new contingent that arrived over the summer? Maybe AVB? Either way, that didn't need to be said. We all know he's a Chelsea boy at heart. I could be misinterpreting the comment, but that lends even more backing to my suggestion that it shouldn't have been said.

Frank wasn't done, either. He dropped this jewel as well:

The only way we can push on from now and secure Champions League football next year, potentially move through in the FA Cup and the Champions League this year, is to be positive. It's in the club's interest. It's not about any one individual here and negative things can take the shine off it.

Forgive me for being blunt, but that's just fucking rubbish. I love Lampard - as he is without a doubt a legend at Chelsea - but what a hypocrite. It's not about any individual you say, but yet you choose to throw the spotlight on yourself with these quotes about your apparently poor relationship with the club's current manager. You've done us no favors with this talk - even if you meant well - and yet you want to talk about being positive and moving forward as a unit. I really don't know what to say.

It's not like Lampard put in the shift of the season today, either. Sure he scored a nice goal, but he wasn't involved in the match nearly as much as I would have expected - particularly against a side that was as poor as Bolton. We need Frank going forward, no question, so it pains me to see him being so petty here. Let's shun all the egos and work toward qualifying for the Champions League next season, guys. The handbags can take place in the offseason.

Meanwhile, our captain also spoke to the media today. Unlike Lampard, he gave us a clinic on how to handle the current situation:

I am disappointed about having to undergo an operation, but, believe me, I tried everything to return quickly. However, I am on the mend now and I hope to be back on the pitch sooner rather than later. In the meantime, I have full confidence in the team and the manager to get the results we need in the coming weeks. We strive to continue building on the history of Chelsea - which means qualifying for the Champions League, pushing for a place at the top of the table and competing for trophies. Let's set about doing that.