Terry to have knee op, faces two months out

Share All sharing options for: Terry to have knee op, faces two months out

It just keeps getting better.

Though Andre Villas-Boas described John Terry's participation in tonight's Champions League opening leg in Naples as a major doubt, he still held out hope that the captain would claw his way into contention for a place - as he always does. Not this time, though. 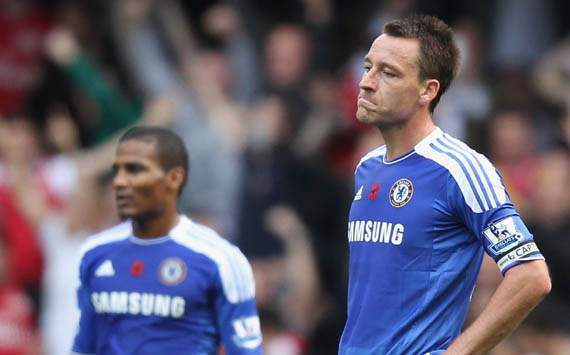 Terry, according to a host of sources that at the moment do not include the club, is set to have an operation this week on his troubled right knee. The op could see him ruled out for up to two months.

As you know, Terry has been dealing with the problem since last month when he collided with a goal post in our third-round FA Cup win over Portsmouth. He played no part in each of our last four games, and now it seems we will be pushing on without him during a pivotal portion of our season slate.

Terry trained ahead of tonight's game, but, according to the Guardian, was plagued by pain in the knee during the session and was promptly pulled from Villas-Boas' plans. I guess it's time for January purchase Gary Cahill to step up and be counted for. We're really going to see if he's of Chelsea quality over the next couple of weeks.