Chelsea 1-1 Birmingham City: Turns out, it gets worse

Share All sharing options for: Chelsea 1-1 Birmingham City: Turns out, it gets worse

Whatever expectations you had, you can safely throw them away. This season is officially about finding progress- wherever it may be lurking. And for another afternoon it seems, that tantalizing prospect continues to elude Andre and company. More, after the jump: 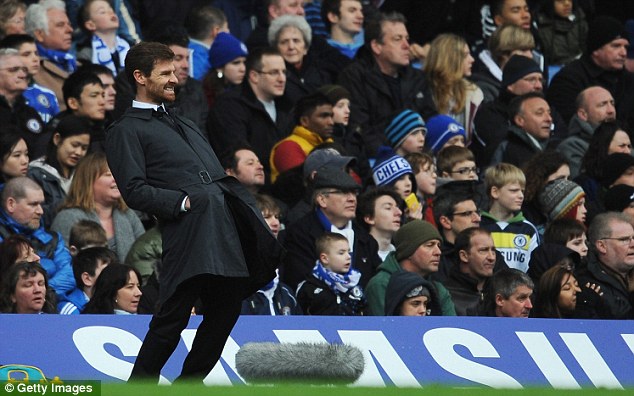 Take note of our record since January 21st:

That's 1 win, 4 draws, and 1 loss. It's a bitter pill to swallow for sure, but it's also a realistic snapshot of what we're actually doing on the pitch. It's not all fire and brimstone, damnation of the infidels and the like. It's bad, for certain- but not apocalyptic. Except, maybe, for Andre and his wrecking crew- who at this very moment stand in front of the very real prospect of unemployment after Tuesday's trip to Italy. Call me cynical or sinister if you must, but there ain't a person with a pulse watching this squad that hasn't vented on some degree at just how frustrating our matches have been. But if you believe the media, Twitter, and general reports that emanate, then we're awful. Atrocious. Dismal. On the verge of collapse. And hey, on some level we might be. But I saw some things in that second half which might be a fortuitous glimpse at the future. One that, thankfully, doesn't involve Fernando.

The match itself was, as always, a tale of two very different halves. Andre opted for the tried and true 4-3-3 (which only looks like it works in small doses these days). Selected for the start were the usual suspects- Mata, Bob, Danny, Bane, Pete, and hey, even Nandycakes got another run- which appears to have been his last for the foreseeable future. Ramires returned to the lineup after three weeks on the shelf, chosen to partner fellow-returnee Obi Trice, and Captain Barbosa (that's Raul for those keeping score at home). If you're looking for a coherent recap of events- I can give it to you in three doses:

To be fair, there were some good moments- albeit a few. Bane looked energetic, and up for the afternoon. People tend to knock his speed, and I continue to struggle to see how he's slow- the dude has remarkable quickness in my eyes. Danny had himself an afternoon, and opted to pull the trigger as often as possible. I'll take the aggressiveness any day, but he has to net at a higher percentage before I'll allow him such recklessness. Ramires put on a good show in his return to the fold. Still, there are issues looming above the pitch which are beginning to cloud what used to be a sun soaked Bridge. The same issues we've been waxing on about for weeks now returned to the forefront- poor service from the wings, no cutting edge, timidness around the box, defensive lapses. You know, the regular nonsense.

What chance we have of surviving Tuesday, your guess is as good as mine. It might well be Andre's last rodeo before the axe comes crashing down. Despite his most ardent efforts (as confusing as they might be) this team refuses to show up for a full 90. We might float in and out of consciousness, but that's as much as you can expect from our squad these days. There is a distinct lack of excitement, tenacity, and energy in our performances of late- compounded by an overall hazy sense of what we're trying to accomplish. Add to that a malaise setting across our back line, and it all stacks up to look like this- meek. What can be expected of a side which seems to be doing just the bare minimum to survive- never mind trying to win. We're afloat, but for how much longer?

I'm not sure even Andre has an answer for that. The burden of expectation is squarely on the shoulders of the players at this point. Enough can be made or said about the manager and his miscues. At some point, the players have to respond with the types of performances their price tags suggest. That means Fernando has to score- no exceptions. Either he's finding the back of the net, or he's finding himself a comfortable seat on the bench. Seriously, he's on my last nerve. I have been patient with him for what seems like a year now (hey look, it has been) and I'm running on empty. He has got to do more with his chances, and he did little during his January showcase to suggest his confidence is so low, he couldn't score in the MLS. It means Our midfield has to create more chances, and our defense solidify and prevent such slack goals.

It means everything has to be on thin ice right now. There are no safe players, nor staff. Roman's got himself one hell of a sharp axe- and he could easily swing down this summer on this entire roster. If the players have in truth tuned AVB to 'mute' then they must also be wary of the very real threat these poor performances provide for their career prospects. Ron Gourlay was spotted amongst the crowd, disapprovingly shaking his head at the events unfolding. Even he knows his name is on the bill. Everyone has to be held accountable for what's been transgressing. But I caution you all to remember, it could be a ton worse. I mean, a lot worse. Just turn all those draws into losses and you'll see what I mean. Andre's doing the balancing act to keep his head above the parapet, but he has to know that he'd have been unemployed minus a few of those late equalizers.

No player ratings, no insightful analysis. Just disappointment. Not abject sorrow or despondence- but genuine disapproval at what's unfolding.