Breaking down the Birmingham goal

Share All sharing options for: Breaking down the Birmingham goal

The defensive performance on the whole today was pretty good. Birmingham played very defensively, but they really created nothing from open play. Our set piece defending continued to look abysmal though, which has been the case throughout large potions of this season. With that in mind, I thought it would be wise to break down the goal and see if we can figure out what exactly went wrong. Take a look at how we set our defense to defend the corner... 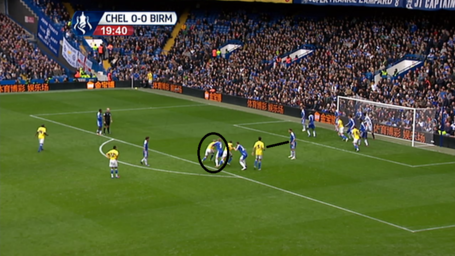 As we set up to defend the corner I've highlighted the goalscorer, David Murphy. You can see that Fernando Torres is initially responsible for marking him. We'll move on to just as the kick was being taken: 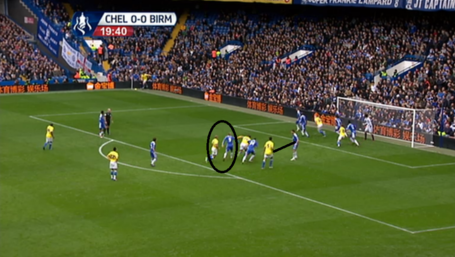 Murphy has stopped his run with Torres continuing into space. Branislav Ivanovic takes Pablo Ibanez while Gary Cahill continues to track Curtis Davies. Now we'll take a look at the defending while the ball was in the air: 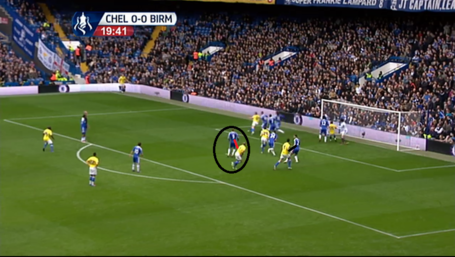 As you can see, Cahill and Ivanovic have continued to track their respective runs while Torres has begun making the penalty spot. Murphy is aware of this and is drifting towards the back post. Branislav Ivanovic now has a decision to make, take Murphy at the far post or continue tracking Ibanez. 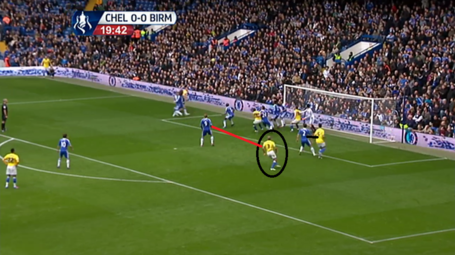 As you can see, Ivanovic has decided to take Ibanez out of the picture. With the kick heading towards the near post this was probably the best decision. Torres has dutifully taken the penalty spot out of the equation, but the fact that Murphy is unmarked at the back post shouldn't be an issue unless the ball somehow manages to roll untouched across the 6 yard box. 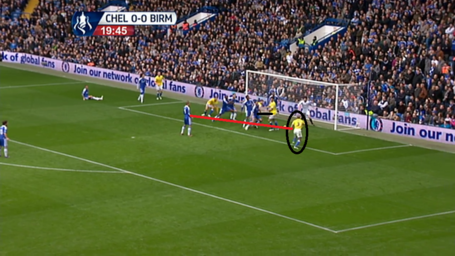 Ruh roh...it appears that the ball has in fact rolled untouched across the box and Murphy is in prime position to hit it. Petr Cech and Ryan Bertrand still have an off chance of preventing this from crossing the line, so it's probably for the best that Fernando continues to make sure the penalty spot is not a factor. 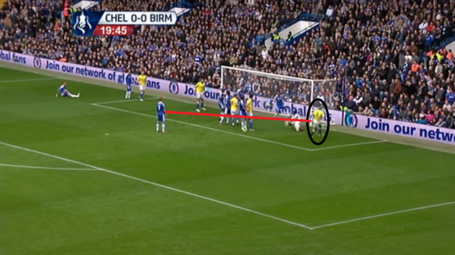 Well shit, the ball went in the net. I guess there's not too much point in deciding to mark Murphy now that he's heading off to the corner to celebrate. Birmingham now lead Chelsea 1-0, and due to this garbage marking we now have another game to play on March 6th.