The Return of the Bison

Share All sharing options for: The Return of the Bison

Might the prodigal son finally be on the mend? More, after the jump: 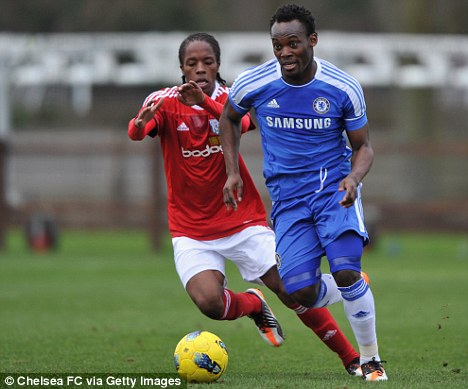 You might remember Michael Essien. You might not. Either way, dude is back in action, getting his first run in some months as he works his way back to fitness with the reserves. According to reports, The Bison put in a sturdy 75-minute display, which came off without any injury or knee concerns. Delightful.

I know a lot of you, including myself, have written him off in the past as injury-prone and ultimately incapable of providing a lot in the way that he once did. But as we struggle to make numbers week in and week out, with players apparently dropping like flies to either the transfer market or to knocks, it would be a welcomed boost to add an industrious, hard-tackling midfield engine to the mix. Certainly, AVB would benefit greatly from another body, and Essien's pedigree coupled with his experience and big-match knowledge will come in handy as we begin our steady march towards the end of the campaign.

For my part, I have to say I'm thrilled that he's on the mend, yet cautiously optimistic about what he can realistically provide. The Michael Essien of 2006-2007 isn't coming back this year, that much we can all agree on. But, if he can slot into the midfield next to Romeu and Ramires, well damn, that would be something to behold. There's also the distinct possibility AVB attempts to mold The Bison into a do-all utility player (something we've severely lacked since the departure of, gulp, Juliano Belletti).

All told, let's keep an eye on his progress. The club have him penciled in for a tentative return in our February fixture against United. Can't wait to see if he makes the grade.