The Spaniard again failed to find the score sheet, but provided the necessary creativity that resulted in a late torrent of goals and a largely flattering 4-0 victory over visiting Portsmouth in the third round of the FA Cup. We weren't anywhere near our best, but we'll take it. 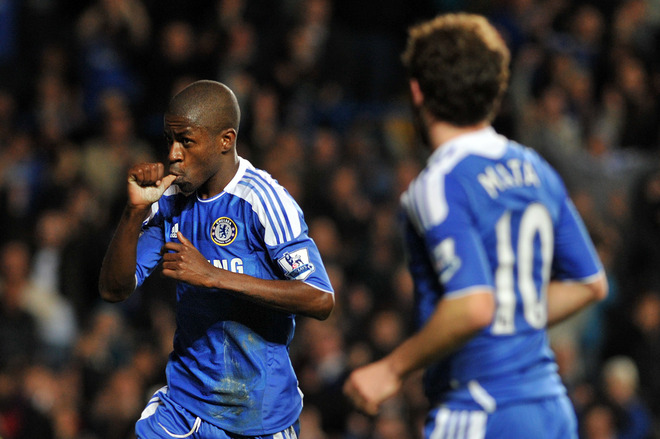 Unless you were at Stamford Bridge this afternoon, you probably haven't had chance to see the match. It was nowhere to be found on the tele or interweb. What we were left with was either the ridiculous commentary provided by Chelsea TV or the ridiculous radio commentary provided by the BBC. I managed to hang on for the opening 45 minutes before packing it up and heading back to sleep. Yes, I found the work done by the BBC to be of that poor a quality. Egregious stuff.

So, with that being said, this isn't going to be the most complete or analytical of match reports. In honesty, the same could probably be said had I seen the game. The first half came off as an insipid affair, largely devoid of scoring chances for both sides. Dave Kitson apparently had a glorious opportunity inside the first minute - thanks to some more concrete defending/communication by our central defensive pairing - but spurned his shot inches wide. Aaron Mokoena and David Norris also carved out openings in front of goal, though neither made Petr Cech really work that hard.

Chelsea, meanwhile, were monopolizing possession without doing much in the attacking third. I believe we've seen this romantic comedy before. I do recall Torres popping up to meet a Florent Malouda cross around 15 minutes only to see his header palmed away by the Portsmouth goalkeeper Stephen Henderson. There was a also a scant penalty shout, with Torres and Pompey's Jason Pearce involved, that was waved way.

That was pretty much it for the first half. Monotonous.

At this point, I take it that many of you, like me, were even more bemused by the team selection. Andre Villas-Boas' decision to deploy probably the strongest starting XI he could at the moment was met with a look of confusion from me prior to the match and, with Frank Lampard and company failing to make a dent against a disciplined but grossly average Portsmouth defense, that look had grown into one of not disdain but a bit of anger. 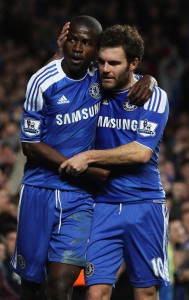 Expecting changes to be made at the interval was far too much to ask, however. There were none. Florent Malouda continued despite continuing his recent trajectory of being shit (aside from setting up Torres' header that is). Like Jacobim Mugatu, I was now fiery hot with anger. But, hell, what do I know?

Not three minutes into the second half, Malouda popped up with some sublime individual work down the left of the penalty area. It really was excellent (I checked it out on YouTube), like watching the Frenchman during the second half of the 2009 season. He slalomed his way to the byline, past a couple of statues, before pulling back for Juan Mata to deposit expertly at the near post. 1-0, trick.

You'd think that, at this point, we were about to tear off a foot in Portsmouth's ass. Not so much. We started to sit back a bit, and we're nearly caught with a sucker punch. David Luiz, who by all accounts was otherwise excellent, was caught doing his samba thing in our own third. Kitson proceeded to rob Bob - of the ball, not his manhood - and find Marko Futacs. Cech stepped up to save initially from Futacs before John Terry flew into the picture and chested Joel Ward's goal-bound rebound off the line. Norris followed that up, but Cech was in position to finally quell the fucking roller-coaster scenario.

Pompey was on the ascendancy. Fortunately for us, they began to tire and we took full advantage with a three-goal burst over the final five minutes. Ramires popped up with two, both assisted by Torres. The second was a real peach, with the Brazilian chipping the ball over the keeper after being played in by Nando. A return to the Spaniard was probably on, but I'm not going to fault Ramires for going on his own. Frank Lampard capped the game's bizarre end with what might have been the final kick of the ball. He picked up the ball on the left side of the box and slid a shot inside the near post under/just beyond Henderson.

And that was that. The scoreline was certainly flattering; Portsmouth were worthy of defeat, but they didn't deserve what they received. What does it all mean in the grand AVB scheme? Well, we're going need to improve pretty drastically if we want to make it three wins out of three against a Sunderland side seemingly reborn under Martin O'Neill. That's six days away, though, leaving plenty of time to regroup. For now, let's enjoy the win. Carefree, bitches.