Share All sharing options for: FA Cup Draw: Chelsea to face QPR/MK Dons in fourth round

A largely average performance resulted in a 4-0 win over Portsmouth at Stamford Bridge and a place in the draw for the fourth round of the FA Cup. Hey, I'm not complaining.

Who's up next then? The Dons of MK or that lot from down the road. 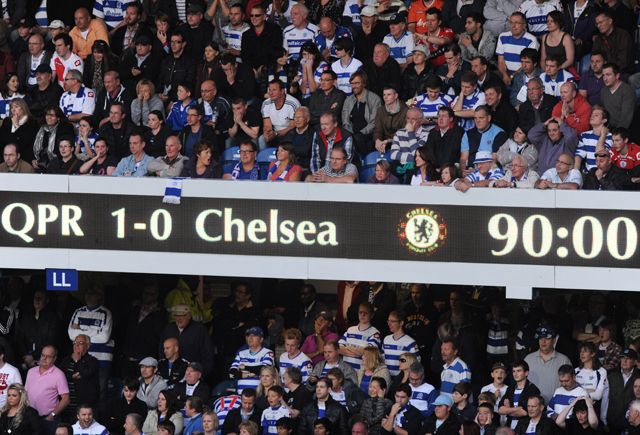 Chelsea will travel to either MK Dons or Queens Park Rangers in the next round of the competition. A return trip to Loftus Road would be very, very nice after the wretched result we endured at the end of October.  We owe them one, no question

Still, they haven't advanced yet. They'll face the Dons at home in the replay, and they may be doing it without their manager, Neil Warnock, if today's Twitter rumors are to be believed. Actually, a quick google of Warnock sees that he has indeed parted company with Rangers - via the sack.

Our fourth-round tie will be played the weekend of 28/29 of January. Whomever we face, we should be expecting to advance.