I awake from a two-day coma, just in time for the magic of the FA Cup. Provided this magic includes Romelu Lukaku - and, of course, Josh McEachran - I'm all in. Bring forth some elaborate illusions at the expense of our third-round opponents, Portsmouth.

Setup, the performance, and the prestige. 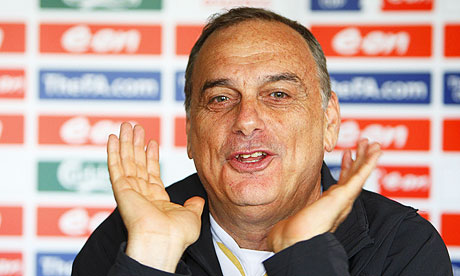 These two clubs have experienced their share of turmoil in recent months, not that you can compare our travails to that of poor Pompey. The club has been dragged through the mud since around 2009, eventually becoming the first Premier League club to enter administration. Since, they have been relegated and, more recently, watched on as the club's parent company, Convers Sports Initiatives, went into administration itself following the arrest of key shareholder Vladimir Antonov. Just egregious stuff. It's a real shame for such a tradition-laden club, buoyed by some of the best support in all of England. While I am looking forward to a decisive win for the Chels tomorrow, I am also hoping that Portsmouth will soon return to a solvent state and fast-track its way back to the top tier. Play up Pompey.

Why: Because wins have become somewhat of a commodity for this club, and we need to gather whatever momentum we can at the moment. It also warrants mentioning that this competition may well be our best chance of collecting some hardware this season. And let us not forget the opportunity the FA Cup represents for our younger generation of talent.

Them
The amount of player turnover at Portsmouth, I would think, is unmatched over recent years. You think of the 2007-08 side - even into 2008-09 - that featured the likes of Jermain Defoe, Glen Johnson, Lassana Diarra and Peter Crouch. Making it rain. Hell, one of those teams included Milan Baros. Even the relegated side of 2011 enjoyed the talents of Frédéric Piquionne and Kevin-Prince Boateng. Nadir Belhadj wasn't that bad, either.

They have a few more recognizables, including the ginger Dave Kitson, former Blackpool man Luke Varney and Marko Futács. Portsmouth currently sit 17th in the Championship. What we also must remember is that Pompey haven't defeated or drawn against us in six matches in all competitions; furthermore, we're undefeated in 30 in all competitions, since a 1-0 loss in the League Cup in December 1960. Ominous.

Not really. I expect there will be some first-team quality in our side on Sunday. However, with injuries and the Africa Cup of Nations stepping into the frame, young talent should also be on display at the Bridge. Excellent news.

Didier Drogba and Salomon Kalou have departed for ACN. John Obi Mikel and Branislav Ivanovic are still a couple of weeks away from returning to the first team, according to Di Matteo. Florent Malouda is sickly, but could be involved. The status of John Terry, meanwhile, is up in the air. Our captain is carrying a knee knock and will be assessed prior to the match. Michael Essien is closer to a return to training, but not that close.

Yeah, that's a lengthy list of absentees. Here's to hoping that a number of our younger players, including Lukaku, Josh and Ryan Bertrand are involved from the off. What about Sam Hutchinson? I reckon it would be one of the season's great highlights if he were to feature. He very well could, too, if Terry were to miss out. Hell, we may even get a look at Nathaniel Chalobah. Sure, he's still only 17 but it would be something else to see him getting a first-team run-out already. 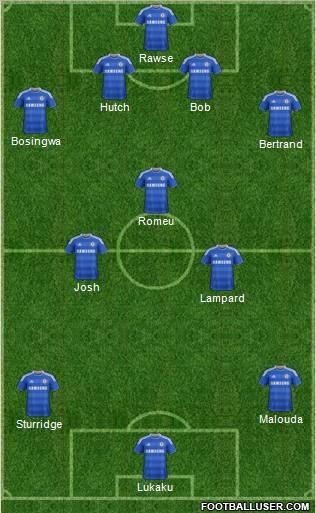 Let's have this boys. Join us back here tomorrow for a good rant. Carefree, bitches.