Sorry for the lack of posts over the past couple of days. Quite a bit going on in my world at that moment. Now, with the pleasantries out of the way, let's take a look at what's been going on since our much-needed win at Wolves. Turns out, this has been a relatively newsworthy day for the Chels. 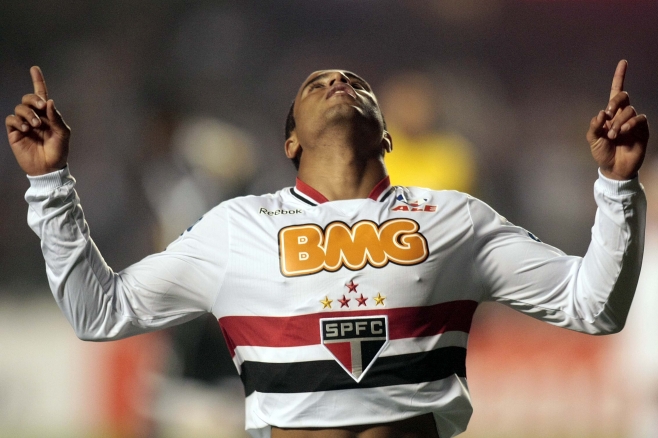 Source(s): Chelsea set to make second bid for Lucas Moura
• Lucas Rodrigues Moura da Silva is one of world football's elite young talents. The 19-year-old, who is already a Brazil international, is wanted by any number of clubs, including (apparently) Chelsea, Liverpool and Internazionale. According to Moura's agent, Wagner Ribeiro, each of these clubs have already made bids for the player, all of which were rejected out of hand by his club, Sao Paolo. We allegedly offered a cool €30 million.

That's a lot of cake - for any player, much less an unproven teenager from South America. I say that in jest, because, quite frankly, this kid can fucking play and would be a wonderful addition. Thankfully, Chelsea seem to be retaining an interest in Lucas, and are preparing a second bid for the player, in the region of €35m, this according to several sources in South America. Will it be enough? Unlikely. Lucas appears to be fine with staying in Brazil for the foreseeable future - and not just because he has a 20 percent stake in his own economic rights. Here's some recent quotage from the young talent:

I expect a better 2012 for myself and the club. Our squad is strong, and with more signings we will get even better. I will stay at Sao Paulo. You will see a more motivated Lucas who has a desire to succeed. We lacked a title in 2011 and that is objective for the New Year.

Whatever the outcome, it's nice to see that the club is ready to make plays on elite young talent.

Conor Clifford returns from Yeovill Town
• Nothing on the official club website about this - which is odd - but Yeovil Town confirmed today that the midfielder had returned to Chelsea. Clifford, 20, made eight starts and one reserve appearance for Glovers, scoring once. By all accounts, the young man was quite impressive during his time with the League One outfit.

Yeovil manager Terry Skiverton offered this quotage on the move:

We would like to thank Conor for his hard work during his loan spell and wish him well as his career develops back at Chelsea.

One can only assume the recall is with a view to a loan to a bigger club. A move to the Championship would suit Clifford, and would really tell the club just how far along he is in his development. I'd expect some concrete news from Chelsea on Clifford's next step very soon.

De Bruyne: January move unlikely
• And finally, we have Kevin De Bruyne dropping some knowledge. On life, his likes/dislikes, perfect Sunday? Not quite. Though that would be make for fine reading, this is more on what his future in football holds.

De Bruyne told Het Nieuwsblad (via Sky Sports) that he wants to leave Genk at the end of the season. A shocking development this is not. He goes on to say that Genk know his feelings on moving, and that the club may be asking for a bit too much money for him. Alright then. De Bruyne does take this interview up a notch, though, when speaking on a potential move to Chelsea and whether Genk would allow him to skip town this January.

On a possible deal with Chelsea in the summer:

The plans were there. However, it's up to the club. For me it isn't that difficult. At such a club you will always earn enough.

As for moving this winter?

No, I don't think so. Genk won't let me go. However, you never know if there will come an offer that can't be refused. However, for me it would be better to end the season at Genk and then make the step.

Cool. A deal in January would be neato, but not exactly good for any party involved. De Bruyne, as you know, is cup tied in the Champions League and is probably not quite ready to contribute to our first team (kind of like Romelu Lukaku). It's best to let De Bruyne finish out the season in Belgium (hopefully on a tear) and then decide whether to make a push for his signature in the summer. Still, it's good to know that the kid is at least interested in joining Chelsea and that a deal could/will probably be flushed out if we decide to pursue one.