Share All sharing options for: Deadline day redux: Live, as it happens

Ah hell. Not this shit again. 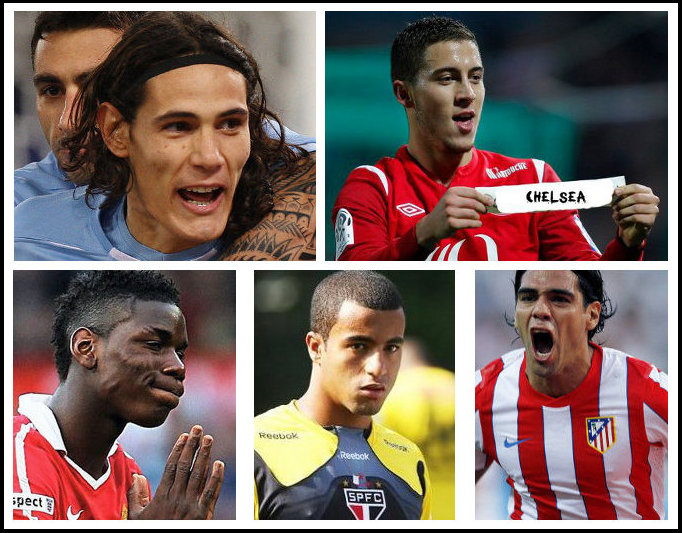 Oh joy. We've reached that special day of days in which insanity and panic trumps all. Well, you know, perhaps it's money that trumps all. Yeah, it's the cake.

This is January transfer deadline day. A war amongst men. Not really, but you know what I'm getting at. We've brought you the madness in real time for the past two windows, one of which (a year ago today) will likely be remembered as the most absurd to ever go down, and we're going to do it again. That's right, this is your one-stop slop shop for all rumors, substantiated or not, involving the Chels. If it's not here, I likely passed the fuck out. Apologies in advance.

EDEN HAZARD. Not, not yet. Calm it down.

Take a quick look at our legend and get familiar. Any moves confirmed by the club will be featured at the top of the post - as you can see below. Prep yourself for a monotony-filled wild few hours.

In
Kevin De Bruyne, from Genk (link, via Chelsea website)

The Feed
8am (GMT): A deal from earlier Monday that we failed to get out in a timely fashion. Academy prospect Phillip Prosenik has apparently joined AC Milan, per a fair few media outlets and, more significantly, his Twitter. Disappointing but not exactly a surprise. Prosenik has struggled with a plethora of injuries during his time with the club and was to be out of contract in June. Best of luck to Phillip in Italy, he could do extremely well there.

***8:05am: Now some new news on Kevin De Bruyne. SportsWereld tells us that a deal for the young Belgian was completed last evening for an initial fee of £6.7 million, rising to a possible £8m. SportsWereld says that we are indeed planning on loaning out the player next season. Also of interest is that they say De Bruyne was looking to move in the summer but was only talked out of it thanks to a special closed-door meeting with Genk officials. Rad.

8:10am: Hold up. Our first confirmed signing of the window has come to fruition. BOOM. De Bruyne is officially a Chelsea player, sayeth Genk. According to the club's website (translated):

KRC Genk, the transfer of Kevin De Bruyne to Chelsea completed. Genk goldcrest signed for 5.5 seasons and continues until June at Genk. The last signature was at 0.30 last night you put on paper. De Bruyne and his agent return back today from London, just like Dirk Degraen as general director of the contractual completion Genk did.

8:20am: Big development this. The restaurant scene is about to go down in Pulp Fiction. You obviously can't not watch that. Epicness. I'll be back in a few. 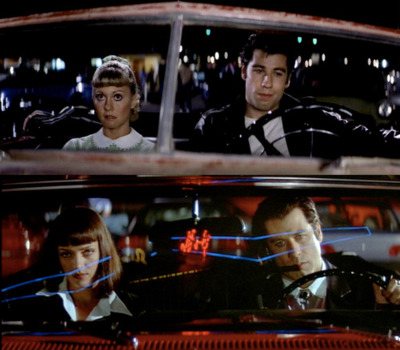 ***8:40am: Nottingham Forest manager Steve Cotterill has confirmed that the club has received a firm bid from Chelsea for 18-year-old striker Patrick Bamford. Cotterill told the Nottingham Evening Post (via Sky):

There has been a bid for him from Chelsea, it is for £1.5m. The problem we have is that Patrick has been offered a couple of contracts now. And I am not sure Patrick will sign a new contract at Nottingham Forest. We are going to have a meeting to decide where that goes. What materialises, we will find out shortly.

Aight then. I'd expect some significant movement on this one before the end of the window.

8:49am: Paris Saint-Germain sporting director Leonardo has been doing a bit of talking this morning. He was asked if Thiago Motta would be joining up in this window. His response apparently was this: "We'll probably look at that in the summer, the same as for a player like Florent Malouda." An interesting tidbit there at the end, eh?

9:00am: Wayne Bridge is having a medical at Sunderland. Fuck him.

9:05am: Think I'm going to crash for a couple of hours. If something goes down, let me know in the comments section. I love you all. Really, I do.

12:11pm: Looks like the biggest news since I left you last is news we already had - just not from the source we trust most. Chelsea have indeed confirmed the permanent transfer of De Bruyne from Genk in the last few. He will, as we thought, spend the rest of this season in Belgium.

What does he think about the move then?

Yes, it's a little bit of a dream come true. I've worked very hard and am still very young but have already played a lot of games. To come to a team like Chelsea is a dream but now it's a reality and I have to work hard to achieve the level that's necessary.

12:22pm: Andrey Arshavin is in talks to leave Arsenal. The poor, but highly entertaining sap, is apparently flushing out a deal with Anzhi Makhachkala. Zhirkov and Arshavin connect - it's meant to be.

12:25pm: Ronaldinho to Fulham allegedly in the cards. What the shit?

12:28pm: Milos Krasic loan watch. Yeah, I can't contain my excitement, either. As you know, we were linked with the Juventus winger earlier in the window. News has since cooled with regard to our interest in the player, but there are a number of other clubs who appear in position to make a move. The latest is that Spurs of all people were looking at the player; it appears, however, that Lazio and Zenit St. Petersburg remain favorites for his signature. 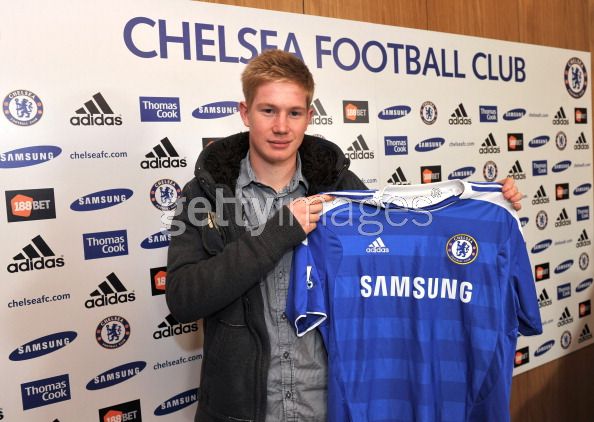 12:43pm: ChelsTransferGossip had this to say regarding Chelsea and Krasic on Twitter.

12:45pm: Guillem Balague spouting some rubbish on Sky Sports right now. Pepe apparently still on the Chelsea - and Manchester City - radar. Balague quotes around 30 million euros. Get out of here, man. Twitter says £13 million. Chalk this one up to absolute nonsense (I hope).

12:48pm: Tottenham have agreed a deal with Everton for Luis Saha? That's odd, as he's been poor this season. I wonder how that is going to impact my fantasy auction team going forward. I mean, Saha couldn't be much worse; at least he'll be receiving some proper service at Spurs.

1:01pm: I wonder if Sky are going to ramp up the hype for the arrival of Jim White to the studio, just as they did during summer deadline day. It was indeed absurd, but also quite awesome. HELICOPTERS! LIGHTS! ACTION! Yes, I am now in the midst of a ramble. Thus is the lack of quality - and/or insane - rumors involving us at the moment.

1:13pm: Phil Brown's mug is back on the tube via Sky Sports. That's my cue to grab a few more hours of sleep. I'll be back later as we enter the window's final stretch. Keep me posted of any and all absurdity in the comments section below.

5:04pm: Doesn't look like much of anything. Except that my prediction that Sky would play up Jim White's shift at the factory tonight. They've cut to visuals of him arriving at the building. I love it.

5:07pm: Wait a tick. This is more like it. We've been linked with Phillip Lahm. Yes, the Phillip Lahm. That is why we loathe love transfer deadline day.

***5:10pm: Hey, a solid development involving a club. Shocking. The BBC is reporting that Rotherham United have extended the loan of Chelsea goalkeeper Rhys Taylor until the end of the season. Rotherham confirmed this deal via the club's official Twitter account. Good news for all parties.

5:20pm: Oh, and according to Rory Smith of The Times, reports in Brazil are suggesting we will lodge a late bid for Lucas Moura. However unlikely, this makes me happy.

5:28pm: Nothing. Absolutely nothing. I'm going to get some lunch.

***5:39pm: Still haven't left to get lunch. Shit. However, a quick thought. I'm surprised we haven't heard at least a word or two on Paul Pogba. I was expecting that one to gain a little traction with Manchester United likely to lose him for nothing (bar the tribunal) in the summer. There's still time, obviously, but I'm still surprised we haven't heard much on that.

***6:34pm: Word on the street is Milan Lalkovic is going Dutch, at least for the rest of this season. The 19-year-old Chelsea winger is set to join Eredivisie side ADO Den Haag on loan until the end of the season. Lalkovic hinted that he was set to head back out on loan - after spending a month at Doncaster Rovers earlier in the term - via his Twitter account and now we have information via Voetbal International that he is off to The Hague. Great news for all parties involved.

**6:42pm: There also are unconfirmed rumors that new defensive signing, Kenneth Omeruo, will be linking up with Lalkovic at ADO Den Haag. We'll keep you posted on that development.\

7:20pm: We've kind of neglected this MBM in the wake of team news for the Swansea City match. The consensus has been to tear into AVB for selecting Jose Bosingwa. This basically means that Bos is to score a blinder tonight then, right?

**7:24pm: TRANSFER NEWS! According to Chelsea Transfers on Twitter: BBC Radio Nottingham is reporting that Chelsea are on the verge of signingn 18-year-old striker Patrick Bamford from Nottingham Forest for about £1.5 million.

***10:11pm: We're back after the fortunate debacle that was the 1-1 at Swansea City. How awesome was that? Anyway, we have a transfer confirmation via Chelsea to get to. Patrick Bamford, the 18-year-old striker from Nottingham Forest has joined up. Terms of his deal have not been disclosed as of yet. Bamford has 21 academy goals this season, the most in the country. So another one for the future then, though we're in desperate need of attacking help now.

10:30pm: Bah. Nothing going down. Nothing will be going down if you ask me.

10:33pm: HARRY NOT IN A CAR. No, I don't think we're going to get our trademark Harry Redknapp interview from a car on this evening. The Spurs manager has, however, just ran down his business during a post-match interview with Sky. He was in for Milos Krasic on loan, but the player wanted a permanent move. Poor guy, he'll have to play Steven Pienaar.

10:51pm: HOLD UP. Twitter abuzz with rumor that we're making a late push for both Marc Overmars and Patrick Kluivert. Watch this space.

10:55pm: The Kluivert deal has fallen through. AVB wanted him on loan, but the player preferred a permanent move. Overmars, meanwhile, is still very much alive.

11:00pm: That shit closed son. No first-team signings you say? 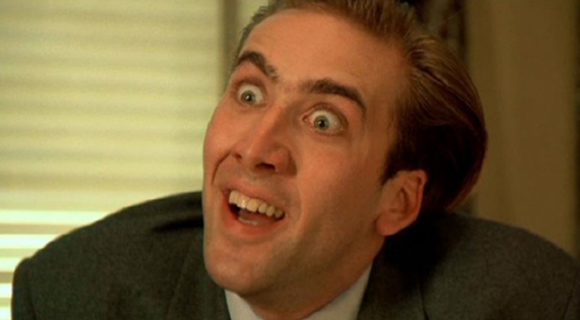 11:02pm: So the window has come and gone. Eventful doesn't even begin to describe what we just witnessed now does it?

11:05pm: I doubt we're going to see any significant movement from the Chels in the next hour or so. So, that's it for me. It's not been a pleasure, not at all. Well, of course it was a pleasure sharing time with you all, but what an extreme waste of time this MBM has proven to be (ha). Meh, what can you do? All we can do now is hope that this team manages to get its shit together in the second half of the season. Carefree, bitches.