To the Liberty Stadium! Huzzah! 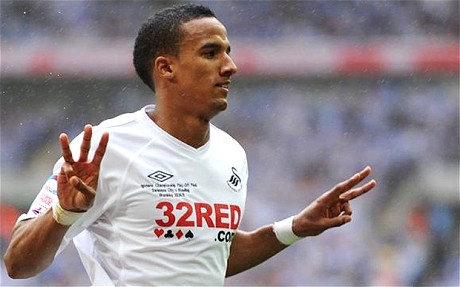 What could have been

By all accounts, this is going to be a difficult fixture. Face facts, we're playing poorly at the moment, and unfortunately hung up on numbers. Despite our medical staff's best efforts, we're shorthanded and facing the very real prospect of losing another face or two come Tuesday night? Indeed, it's all possible at the moment. For this match, Chelsea will be without the services of:

Yikes. That's a tough ask for the remaining lot. Factor in the very real possibility someone like Jose Bosingwa could be shelved because we're concluding a transfer on his behalf, Josh McEachran unavailable because the Swans came and took him from us for the remainder of the campaign, and we're desperately short on cover. What this means, almost certainly, is the first start of his Chelsea career for new signing Gary Cahill. I fully expect him to partner Bob in the middle of our defense, while our midfield will regrettably be desperately short on reinforcements. On to the specifics:

Who: Swansea City
What: Barclays Premier League, Round 23
When: 31 January, 7:45pm local time (2:45am EDT)
Where: Liberty Stadium
How: ESPN3.com, streaming

Haven't got a clue where we can watch this one. Despite my best efforts, it seems this one might not be broadcast tomorrow live. I'll keep looking for information and update the above when I know more.

Why: Remember September? We ran out to a 4-1 victory against the Swans in our home encounter. Fernando scored a lovely goal, then endured a horrendous red card gaffe. It seems like a century ago, I know. But, if there's video to watch, it's of our prior encounter. At times during our second half against QPR, we looked incisive. But, our passing in the final third, particularly, our ability to break down defenses that crowd the box, was woeful. Sure, Fernando looked good, and Juan was Juan. But we're going to need a lot more than what was witnessed if we expect to take the three points from  Swansea side that are playing well and have looked very sharp at home. Swansea have conceded only six goals at home ALL SEASON. Airtight shit. Meanwhile, our win over QPR signaled our fourth consecutive clean sheet in all competitions. Coincidentally, it falls in line with Bob's sudden renaissance from wildcard to sturdy-as-hell defender.

Based on the fact that we're so low on numbers, I'm expecting the following lineup- feel free to lambast me for my choices if you must but this is about as good as we can produce given the circumstances: 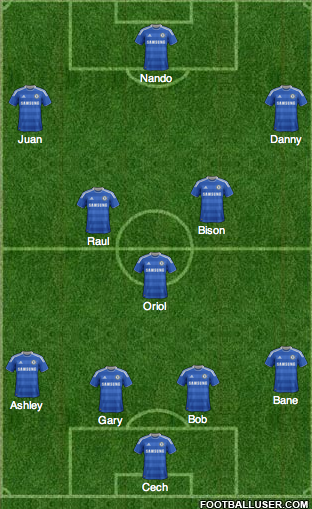 Perhaps now is the time to bring some of the young bucks from the reserves into the squad to bolster the bench. Perhaps tomorrow is a great opportunity for AVB to mix the formation up and play Nando next to Lukaku. I don't know, I'm just spitballing here folks. I know we're short on numbers, so I elected to throw Essien into a start considering he needs an extended stretch of minutes before the Manchester showdown. He can always get subbed off midway if he's struggling- but we need his quality and experience in dealing with our current situation. Creativity has been the main sticking point for us in recent weeks. Juan can't be expected to do it all, which is why we might well shuffle the deck and play a 4-4-2 - or perhaps something else? I don't know, but you can bet Andre is full of surprises.

Them: Swansea's last PL match was a 2-0 loss at the hands of Sunderland. Nobody can begrudge that result, considering how well Martin O has that squad currently firing. But I come back to my earlier point for reference here- the fact that they've only allowed six goals at home all season. Clearly, the Liberty Stadium has become somewhat of a fortress for the young Swans. Brendan Rodgers has done an absolutely wonderful job with the current mix of players- I'm hearing Alan Tate might be in frame to make his first start since that ridiculous golf cart accident. Minus the services of Joshy, they still have enough quality to make this a very difficult fixture. Swansea play some of the most electric counter-attacking footy we've seen all season- and they're no strangers to big upsets. They've only endured one loss at home all season, something we can't hang our hat on any longer.

Prediction: Well, I've been saying for weeks now that Nando will make the difference. Just once, I'd like to be right. So I'll say it again in the hopes that he can net one and get some mojo flowing before the reverse fixture with United on the weekend. Oh, and Danny to pillage. And, The Bison to ravage. It's a strange match to have on the deadline day- and it will be paramount for everyone involved to keep their collective eyes on the prize and not their Twitter feeds. Andre, I'm not sure if you're adding or subtracting players come Tuesday, but please try and get a dub. It'll do wonders for collective confidence and can only boost our chances of a late-season surge. Besides, we need momentum before United come into our house and wreck us- unless we stop them.