Frank Lampard will grab the headlines. Fernando Torres deserves to share in the spotlight. The maligned striker capped an excellent shift with one more killer pass, this time to Ashley Cole who went on to set up Super Frank for a trademark finish with only minutes to play. I don't want to wager on just how big this result could prove to be, but I reckon pretty damn in the grand scheme. 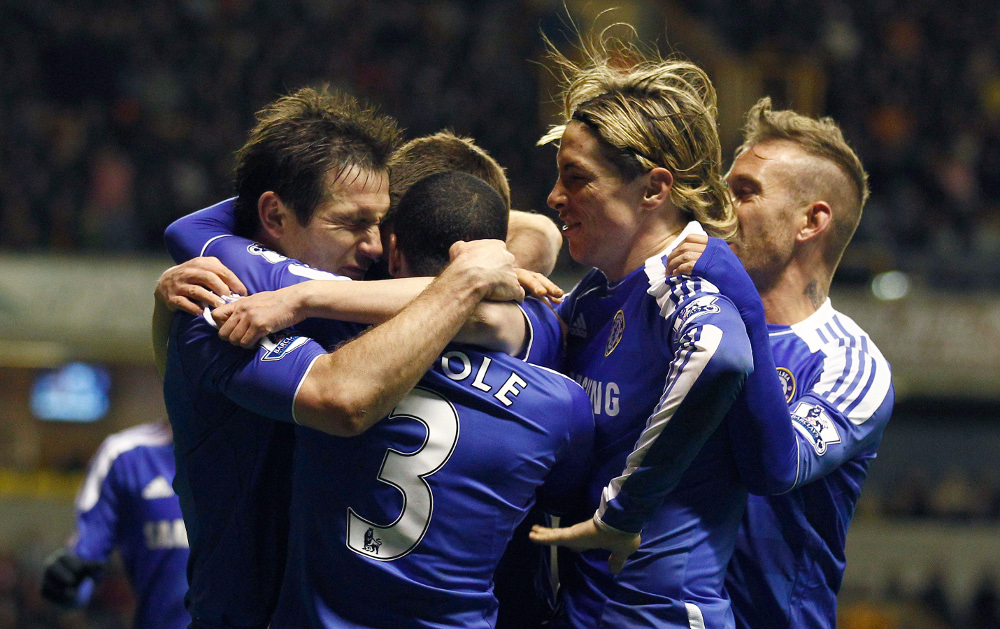 You just knew it was coming. Not the winner, of course, but Stephen Ward's leveler with six minutes to play Monday night. In terms of how things have been going recently for the CFC, this was right in the damn wheelhouse. Some more poor finishing, a dash of disjointed play and the overall feeling of a team that doesn't know who it is. All of that - and more - was on display at Molineux

So Ward scored, thanks to some high-class marking from Jose Bosingwa. Well done, sir. Andre Villas-Boas was on the verge of thrashing a set of water bottles near the touchline into oblivion; me, I was just sitting. Silent. Unfortunately resigned to this sort of thing these days.

Villas-Boas, in that moment, must have felt like Wayne Campbell.

I'm being shit on, that's all, shit on, and you know what really pisses me off?

Hauling off our only creative outlet, Juan Mata, in favor of Josh McEachran just seconds before Ward's goal? Wait a tick, Josh is fucking alive?! Anyway, it must have seemed like the world was contriving to destroy him before he had even had a chance to make a few omelettes. Fortunately, the players weren't resigned to such a fate. They responded with some of that trademark Chelsea resilience that has been missing for most of the season.

With Mata out of the picture, Torres took on the mantle of lead creator. Nando picked up possession a few yards outside the penalty area, swiveled and then threaded a lovely reverse ball into the path of Ashley Cole, who had made good headway down the inside-left channel. Cole had a touch before firing a driven cross into the six for Lampard to volley home.

Did I just see what I think I saw? This is, after all, the same Ashley Cole that has become king of checking his runs and playing passes away from goal rather than toward it this season. And Lampard with a vintage burst into the box? Torres playing killer through balls? Wake me up.

Turns out I was indeed awake and that, once Cech tipped Kevin Doyle's close-range header over the crossbar, we had actually won a match. We certainly don't like to make it easy, but I'll take whatever I can get right now. Add in Arsenal's capitulation at Craven Cottage later in the day, which allowed us to move back into the top four, and this shaped up to be a pretty decent Monday in the end.

Now for a few random notes:

• Torres is going to score a hatful soon. I said it on Twitter, I say it again here. And, yes, I do believe it. The Spaniard has looked promising in recent performances, both from the start and in substitute appearances. Today he really put in an industrious shift. I was really impressed with the way he continued to work despite receiving little to none of the service he normally thrives on. Well, since he's received precisely none of that since joining the club, I guess he's getting used to having to go make chances for himself and others. The emphasis was on others Monday, with Torres consistently linking up with his teammates in and around the attacking third. Mata did his best to set up his fellow countryman in proper positions, though Torres, as has been the case for months, could never quite find the opening required. Still, I liked what I saw and I expect, with Didier Drogba now out of the picture for at least a month, for Torres to excel. 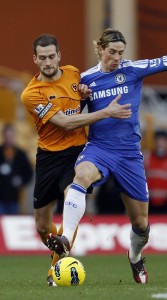 • We should not allow this result to paper over the plethora of cracks in this side. We are still not very good at the moment. There were signs of improvement on Monday, but overall we did just enough to escape with the points. The opening 20 minutes of the match were encouraging, though the first half quickly de-evolved into something straight out of Quest for Fire. How many bookings were there? Bunch of savages in this town - including Super Frank and Cashley. As for the second half, it was better in an overall sense but there were still plenty of holes to be found. Wolves had their chances, particularly from set pieces which we'll get to next. So, while it's great that we manage to get a win, we still have a long way to go.

• Set pieces. Have awful are we from these, at both ends? We shall focus on our defensive frailties at this time considering we nearly conceded on a number of occasions. The most glaring example was that of Roger Johnson heading a free kick against the outside of the near post during the first half. He wasn't alone in this regard in the opening 45 minutes, either, with both Ward and David Edwards carving out quality chances from dead balls. Not having Drogba in the mix hurts, but that alone isn't enough to condone this kind of amateur defending. Bosingwa gives us nothing in this aspect, while Torres is neither a top-tier header of the ball nor is he exactly the most physical of presences. We need to sort this asap. Getting Branislav Ivanovic back will be a boost while Gary Cahill, if he does join, will give us some juice as well. Either way, we need to get back to the basics of for no other reason that so I can sleep better at night.

• Ramires is a viable, but not preferred, option wide right. My standard formation in FIFA 11 when using the Chels was a 4-2-3-1. Drogba spearheaded, with Anelka behind him and Zhirkov and Ramires flanking. The thinking was that the Brazilian could use his boundless energy to harass high up the pitch in the hopes of causing havoc and thus mistakes. It worked. Today wasn't so much about pressure as proving just how versatile Ramires is. He was involved from the off, finding himself in a handful of promising positions during the first half. He could've scored, perhaps twice, if his finishing was even a fraction better than it is. Nevertheless, he was involved, provided an outlet and was still able to track all over the pitch when needed. His goal was well-taken as well. I'm thinking he should just fling it from now on rather than thinking about placement. He's clearly better when solely reacting in those kind of situations.

• A quick note on the bizarre goal celebration that included the coaching staff. Yes, it felt forced. Yes, I wasn't enamored with it. But you know what I did like? Bob hauling most of the guys over with him. He seemed to be really pushing for everyone to head over to the touchline to celebrate with the coaches. That was nice to see, and shows some leadership from a guy that hasn't really been at his best this season. Maybe he's ready to get down to business, along with the others. Still, that celebration could have been scrapped and it wouldn't have bothered me at all. I'm not complaining, though. They can do whatever they want provided we win.

Now we have some time off. There's 12 days of rest for some before our next league fixture, at home to rejuvenated Sunderland. In between, we have an FA Cup third round tie against Portsmouth at Stamford Bridge (Jan. 8). That, however, should be a good time to get a few of these young'ns some pitch time. Cool. That's all I got for now. Let us know what you thought of the performance in the comments section. Carefree, bitches.