Poll: Is Willian a good option at £24 million?

Share All sharing options for: Poll: Is Willian a good option at £24 million?

I initially filed this one under bullshit in my immensely well-organized mental filing cabinet. It was first reported in the Daily Mail after all. That bummy rag may have been on to something, though. In fact, they were probably dead-on. 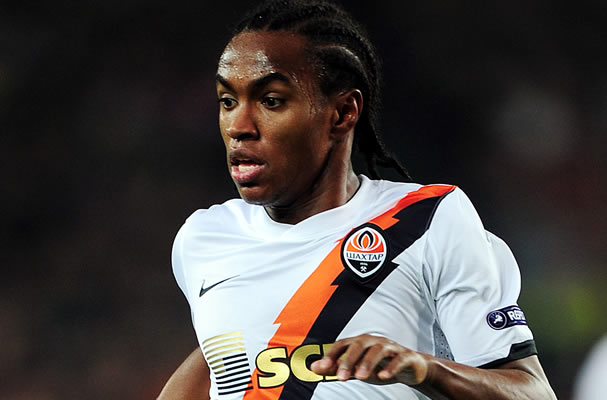 Shakhtar Donetsk confirmed early Saturday that Chelsea had indeed made a bid for Willian. It was rejected. So, as it turns out, the Daily Mail was on this one with the quickness.

Not only did the Urkanian club confirm the bid, they also took the uncanny step of discussing in much detail their stance with regard to selling the 23-year-old Brazilian attacker. Check out the statement below if you haven't seen it yet.

Is Shakhtar prepared to sell Willian to Chelsea?
The philosophy of our club is simple: If a big club offers serious money for our player, we will always consider its proposal. Of course, if a player himself wants to leave. In our case, Willian expressed his desire to test himself in the Premier League.

What can you tell about the alleged transfer fee?
Willian's contract involves a minimum release clause of 35 million Euros. But we met Willian halfway and are ready to let him go for 30 million. It should be said that for the aforementioned sum of money it will be difficult for us now to sign a player of Willian's level. If the minimum release clause indicated in the contract had been 50 million Euros, then we would demand for the player no less than 40 million. It is important to understand that today we are talking about Chelsea’s desire to buy Willian, but not Shakhtar’s desire to sell him. We also need this player.

What is your response to Chelsea's 20 million bid for Willian?
When Willian was 19 years old we paid for him almost the same amount of money. What is the point of such a deal then?

Yeah, that was unexpected. When was the last time you saw a club come out publicly with such a thorough statement on a potential transfer so early in the negotiations? Better question: Have we ever seen something like this before? Kind of wild; kind of refreshing. This neatly lays all the details out for us to peruse. No speculation needed.

Where's the fun in that? I kid.

What do we know then? Well, we know that Chelsea are in fact interested in Willian and that Shakhtar are willing to sell - provided their evaluation of the player is met. The price they are seeking is €30 million. That's £24m sterling, which isn't too terribly off our initial bid. We likely could agree a cheaper fee in the summer, but, considering this is January inflation time and we are in need of added creativity, this doesn't seem like too terrible a risk in my estimation.

The player is young, dynamic and versatile. With bags of pace. He may not bring with him the ceiling that, say, an Eden Hazard or a Lucas Hazard would but he  also doesn't carry the same type of price tag. Moreover, he seems willing to move to the Premier League and fills an immediate need without blunting potential pursuits of either of the aforementioned two players.

For a more in-depth look at Willian, check out Stephen's excellent player profile here via We Ain't Got No History. All in all, the Brazilian, for me, is a good option for us at this stage of proceedings.

What do you guys think? Have a vote in the poll and then leave us a comment or two. I reckon we're going to be reading a hell of a lot about this potential deal in the coming week(s).