Norwich City 0-0 Chelsea: Lack of cutting edge lets us down once again

Share All sharing options for: Norwich City 0-0 Chelsea: Lack of cutting edge lets us down once again

Another frustrating day out and about for the Chels, who, despite a heap of possession and a fair few scoring chances, failed to break down a resolute Norwich City side at Carrow Road. Good result for them; us, not so much. That, as we said in our innovative preview, is another golden opportunity wasted. Yeah, we're getting good at this whole letdown thing. 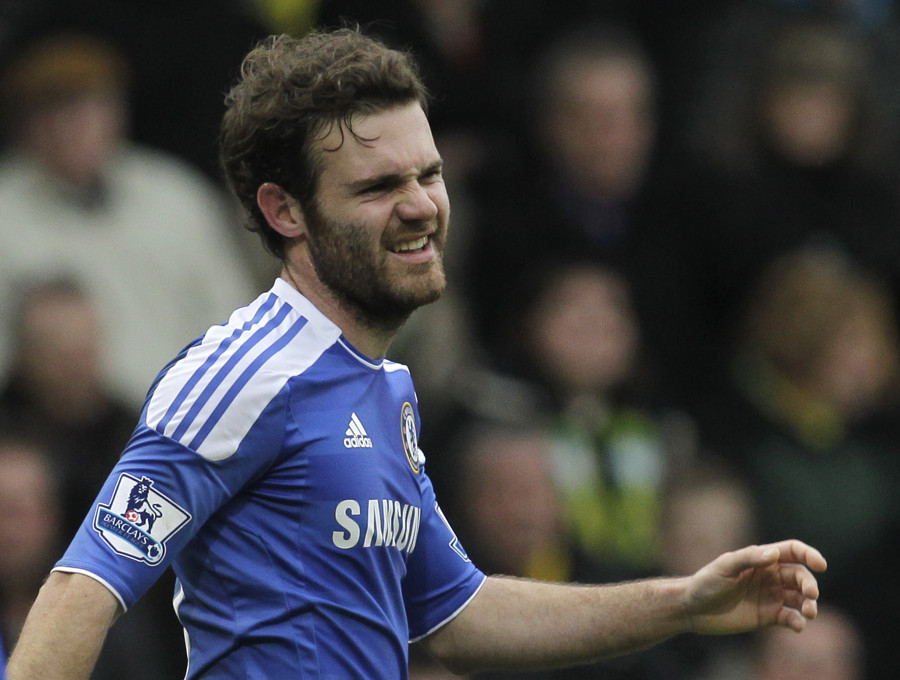 So our chance to go seven points clear of Arsenal - at least for a day - passes with hardly any fuss. Were there even any fouls in that game? It really is a massively disappointing result. What is perhaps more disappointing, however, is the fact that we probably could have seen this coming. The way the match played out, it was just so predictable. This was dead-on for the Chelsea script these days - a lot of possession with a couple of nice chances mixed in but, overall, a lack of cutting edge in the attacking third. No cutting edge in the final third, actually.

Were we terrible? Not really. There was 58 percent of the possession, something like 75 percent over the final 15 minutes. There were 20 shots, only six on target. It was more about the stagnant look of our approach play than anything else. That and Jose Bosingwa's deficiencies as a footballer. Not surprisingly, we were devoid of ideas.

One of those days? Maybe, but probably not.

As for discussing the match itself, it seems like a futile mission. Did anything actually happen? Fucking hell. The neutral would have found that a right bore. There are at least a few instances worth mentioning, though. Let's get into them.

There was a pretty killer counter attack during the first half, sparked by David Luiz, who was fantastic today. This was one of those "oh shit" moments, where you, as a supporter, are holding your breath as Luiz attempts to work his way out of trouble at the back rather than just hoofing it upfield. It worked out to amazing effect on this occasion, with the Brazilian doing a triple salchow of juggles and swerves before picking out Ramires in the center of midfield. Pretty ridiculous.

And then there was Fernando Torres. The poor sap. For all his industry, he can't catch a break. Not all that shocking these days. This was, in my estimation, another decent display from the Spaniard, yet it will only be remembered for the glorious chance he fluffed around an hour in. Bosingwa's cross kindly deflected to Torres in the center of the box. He could have hit first-time but opted for a touch before lashing a toe-poke through a crowd a few inches wide of 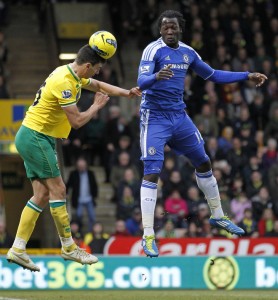 the far post when it appeared easier to hit the target. Cue the venom from the stands as well as the looks of frustration from the player himself. He's not having fun. Will he ever enjoy himself again?

The rest of the match kind of consisted of us lumping shit crosses toward no one in particular and Norwich soaking up the pressure with aplomb. We completed 4 of 39 crosses. Rad.

Now for some bullet notes:

• Our fullbacks are giving us little to nothing. Bosingwa is a known quantity in this regard, but Ashley Cole on the other hand is expected to excel. He did not at Norwich; he hasn't done so for a while now actually. If we're going to continue playing in this fashion, we have to receive effective shifts from our fullbacks. I think it's high time Andre Villas-Boas rewards Ryan Bertrand with some significant pitch time. He's ready. And, you know, get Bane back in the mix. That or see if we can complete a deal for Cesar Azpilicueta (however unlikely).

• As previously mentioned, David Luiz was superb. He was a bit tentative early, but worked his way into the match quickly thereafter. It was a matter of keeping it simple at the back. He rarely tried the outlandish, shockingly, and when he did, it actually came off. He was still able to provide an offensive outlet as well. All in all, a great display from Bob, with Gary Cahill now in the mix - and eyeing the Brazilian's spot.

• Daniel Sturridge hasn't gotten back up to speed yet. He consistently picked the wrong option when in possession, which was more often than you'd think.

• Ramires and Juan Mata are spent. These guys need a break or something, particularly Mata who appeared to be dragging throughout the second half. The real problem - as far as giving them a break - lies in Mata's position, where we don't really have an option that can even come close to giving us what he gives us. Paging Willian?

• Florent Malouda was pretty good. He completed 49 of 52 passes (29-of-32 in the final third), with five chances created and one take-on - and one outlandish shot in the final minutes. That being said, I still expect to be bombarded by a few people insisting he was shit.

• How about Romelu Lukaku? He looked pretty damn menacing in the short amount of time he had to impress. I'm thinking - and I'm sure Villas-Boas is thinking - that it's about time the young Belgian features more prominently. That powering run down the right early on after his substitution? Pretty damn wicked.

Cool. I guess it's time to throw our support behind the Manchester clubs then. Just have to keep the faith, no matter how difficult that may be at the moment. We'd like to hear what you have to say about today's result so leave us some comments, people. Carefree, bitches.