Right. I'm back. Well not really- I'm still temporarily on hiatus exploring the vast riches that Monaco has to offer at the moment. But, I couldn't resist the urge to get something online after leaving Jack to fend for himself for what seems like an eternity. The basics? Yes, I'm married. Yes, I'm delighted. Yes, my wife is currently fast asleep and I'm pounding away at the keyboard like a crackhead in remission. No, I'm not back to Los Angeles yet, still have some more city explorations to endure. But, I've been missing you lot. I really have. I hope, like us, you all had a wonderful and safe new year celebration experience, as well as a joyous holiday season. Now that I've gone all mushy I need to reign it in with some reality. We have a match today. We, on paper, look a sure thing to lose. Color me surprised. More, after the jump: 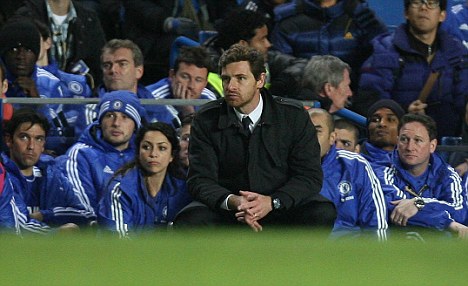 A Season on the Brink

2011 was, in short, a mess. At times it was brilliant, at others a complete disaster. Those keeping track of the AVB regime might say this roller coaster is new. I call bullshit on that. Lest we forget the Carlo days of last season, which surprisingly swung around by April to have us in the title hunt? I didn't. But I'd be lying to you all if I said that we were somehow going to magically rise from the dead and mount a serious title charge with the way we've played over the last four matches. Granted, United and City losing this weekend did help to buffer the impact of our dreadful performance against the Villains. Still, we can't bet on other teams to collapse if we're to get anything out of the league. You know this though, so I won't pander.

I've been keeping tabs on all that's transpired during my travels. I watched the City triumph, best as I could. And to be quite honest, I genuinely thought we had turned a corner after that performance. It seemed that everything was at once aligning for us to turn on the jets and rip through the festive period with maximum points, placing us right under United in the table at this time. Currently, we're fifth. Yikes. I've read the reports on Gary Cahill. Look, at 7 million quid, it's low risk high reward, and we really need bodies at this point so why not take a gamble on a young England international center half that can partner John and hopefully help our 'homegrown' ratio down the line? I've read it all, digested the opinions of traveling CFC fans I've come across, checked Twitter like an addict, and of course, kept up with all the posts Jack has been doling out with the quickness. So even though I haven't had much luck in the way of keeping up with the matches as they've happened, I've stayed in the loop.

Here's what I know, and this is probably not going to surprise any of you. We're pretty shit right now. Yep, Captain Obvious has checked into the building for the afternoon. But stay with me here- as much as many of you think it's time to blow the ship up and get rid of AVB and bring back Guus and lord knows what else I've read, I swear people you need to calm down and breathe. What more will it take for people to understand that Roman is completely invested in this rebuilding effort? He's going to stick with AVB come hell or high-water and give him the time and resources he wants to try and revolutionize the squad. He is. There's just no way around this fact. So while we all might hate the losses and endless string of draws, we have to accept the realities of the moment- Andre is here to stay. And he's been given license to execute whomever crosses his path. Look at how he exiled Nico and Alex to the sidelines. Yeah, ruthless it was but nevertheless, it was with the complete backing of the club. No second guessing, no public bantering, no behind-the-scenes lamenting. This is a guy that is in total control of everything that's happening. He's here, and I strongly advise everyone to just try and accept that as a certainty for now.

Last January, we added Fernando Torres and David Luiz. This January? Gary Cahill is the only 'sure thing' for now, but you never know with us. We might be in for another player or two. My guess? No less than three new faces join the ranks. Certainly, there will be more departures this month (Florent, Alex, Kalou will likely join Nicolas on the way out) but hey, who really knows at this point. There's an injury/illness crisis that's spreading through the ranks like a wildfire. We may not even be able to afford to offload as many as Andre would like at this point. Regardless, this month, and the remainder of this season for that matter domestically, is about evolving. We need to adjust our goggles and understand that this process is going to suck at times. It's been a whole lot of start-stop activity so far, but you can bet AVB is going to go full force into the window to try and make an impact. The result remains to be seen, but before we launch into a gigantic transfer post, lets just leave it as a topic for another day.

Now then, on to more pressing matters. We have a match today. We had a match on the 31st, and here we are playing on the 2nd. Just how that makes sense to anyone is beyond me. I mean honestly, why on earth does this make sense? Whatever, I'm not going to complain any more than I have to. Let's just get on with the business at hand, shall we? We enter the mix with a laundry list of walking wounded players. Danny is facing a late fitness test to determine if he can go, Didier had extensive treatment on his foot yesterday, JT and Pete skipped training yesterday with knocks, Ashley is hurting from the Villa encounter, Kalou is out after aggravating a muscle injury, Florent is ill and expected to miss out, while Bane continues to heal from his injury picked up against Spurs. Count that list: 8 players. Not a good omen I say. 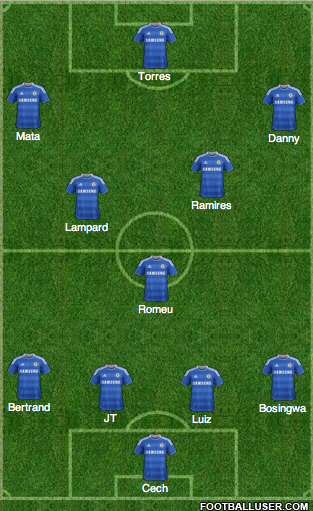 I have John, Pete and Danny in the mix. I know, it's optimistic, but I would suspect with the way things are going right now, they don't miss out. I don't care how much they're hurting at the moment, this is not the time to rest. We need results in a major way and all three are vital if we're going to turn this shit around. I did, however, opt for Ryan on the left over Ashley (if anyone could use a breather it's him with the minutes he's logged already). There's also a chance AVB opts to throw Romelu out through the middle, and pushes Fernando out into the Danny slot. As well, I could easily see Romeu dropping into defense to partner Luiz, while Obi Trice gets a recall into the midfield. There's really no telling what AVB will do, in fairness to him. If nothing else, he keeps it interesting, that saucy ginger devil that one.

I got nothing. Okay, I have some things. New signings Frimpong and Jonsson are available to start this match, while Zubar looks to be a scratch for this one along side the suspended Nenad Milijas. Elsewhere, Steven Fletcher looks ready to return to the side after taking a knock against Bolton. Currently, the Wanderers are just two points above the dreaded drop zone, but I'm not expecting them to fall under the chop this year. Every season, Mick and company do the dance around the dreaded dead zone and eventually they find a way to get by. Credit to him and his staff, they seem to always manage to get results when they matter. Wolves have failed to win over their last five matches, but they've clawed points out of Arsenal, Norwich, and Bolton. Considering our worrisome defensive form at the moment, I'm not enthused. But recall, we did beat them 3-0 earlier this season. At the Bridge. The place we can't seem to win at anymore. Sigh.

Goals. A lot of goals. Face it, we're going to concede. It's unrealistic to assume we won't. So we need more than a single goal this time around. No, we need at least three. Not two. We need an offensive cushion that will see us comfortably through with the three points in hand. 2011 needs to be in the rearview now, and Andre has to get this squad geared up for the road ahead. 2012 is all about new beginnings, and it should be as well for the club. Onward and upward and all that shit. I wish I could watch this one life, but unfortunately I'll be cruising on the TGV to Paris. So, when I reach the city I'll check and hopefully the following will have transpired:

That's all I got for now friends. Miss you all, hope life is good for everyone. Carefree into 2012!