Is Drogba about to join Anelka in the Far East?

Share All sharing options for: Is Drogba about to join Anelka in the Far East?

Nicolas Anelka is swimming in dough on the shores of Shanghai. Will Didier Drogba be joining him before the end of the January transfer window?

Quite possibly, if you ask the Shenhua PR department. 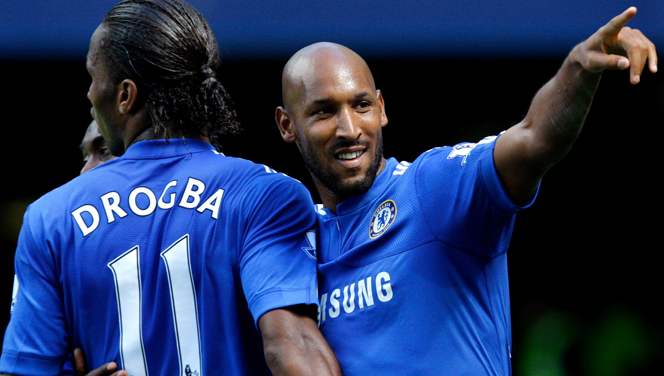 As you know, Drogba has rejected a one-year contract extension from Chelsea in search of at least a two-year deal. And, with the Ivorian's current deal expiring at the end of the season, it's not really a surprise that Drogba's been linked with any number of moves away from Stamford Bridge.

The first and latest is a potential reunion with Anelka at Chinese Super League side Shenhua Shanghai. The Asian big spenders have already dealt out a cool £200k per week for Anelka. The club now appears ready to do the same with Drogba.

Everything is going well so far though there have been a few obstacles. They never turned us down, which is good for us.

It's like making a blockbuster film. When superstars like Jackie Chan, Jet Li and Zhou Xun have confirmed their participation, other actors and actress will be confident of the movie.

That's not the extent of the quotage, either. A spokesman for the Shanghai club told the AFP:

We have been talking with Drogba. But the situation is more complex than that of Anelka. We cannot say we are sure to sign Drogba.

And then there this from Shenhua owner Zhu Jun:

It's like flirting with a girl. Perhaps she will resist you at first, but if you continue to ask her out, it always ends well. Never give up.

Really? Bizarre doesn't even begin to sum that shit up. So we have Drogba as a young lass on the back of Carlo Ancelotti referring to him as a mindless, tireless zombie who "devours any competition." Of course, he's not evil, according King Carlo, but he is mindless. I kid.

Forgetting Carlo for a moment and looking at this situation from an objective viewpoint, it seems like a pretty good offer for the Drogs. This Shenhua cat, however odd, can afford to give the Mighty One whatever the hell he wants. Ransom note. Who's to say Drogba won't take advantage of the opportunity? I'm not ready to suggest that; what I do know, however, is that we can't really afford to lose him at the moment. That is unless we manage to secure an elite replacement, which seems an absurd prospect at this point of the month.

Regardless of whether Drogba is to move this January, at least we have this oddball from Shanghai willing to cough up quotes of the year on a daily basis. Sweet.