Share All sharing options for: Chelsea making a trip stateside this summer?

Liverpool may be playing Roma this summer at Fenway Park. Who cares. Liverpool or Roma playing the Chels elsewhere on American soil? Now that's an idea I can get behind. 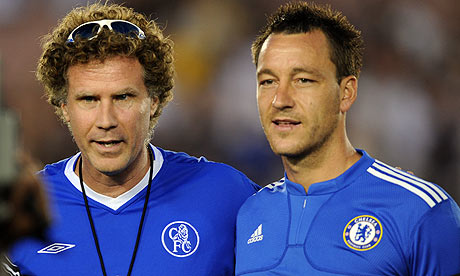 The Boston Globe is reporting that they may just happen.

In a short piece touching on the prospect of both Liverpool and Roma touring the United States during the preseason, Chelsea is mentioned - along with Celtic - as a potential partner in crime for this so-called tournament. I'm assuming we're looking at another World Football Challenge, a competition we won in 2009. You may remember me reporting from Baltimore during our 2-1 victory against AC Milan that July. If not, you have to recall the Didier Drogba stunner that opened the proceedings. I've included video evidence to refresh your memory.