It has indeed happened. We have reached the magical plateau of 40 points, and are thus unlikely to be relegated. Three cheers. As for this fixture, it was a right odd one, with the Chels looking equal parts sterling and benumb, particularly in defense. Chances, there were a fair few for both sides. Still, regardless of the particulars, it's a win and, after some of the performances we've been witness to this season, I'll take the points however they manage to arrive. 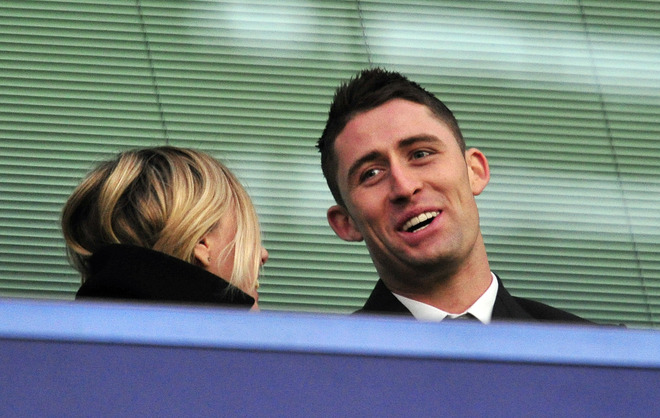 So, like I said, 40 points. That's right. It's nice to know we have that going for us, which is nice. But let's move on from that fine accomplishment and focus on what ended up being quite a tense affair at Stamford Bridge.

There wasn't much in the way of surprise with regard to the starting XI. Daniel Sturridge was fit only for the bench, with Ramires continuing on the right of the front three, while Raul Meireles and Frank Lampard were again deployed in front of Oriol Romeu - much to my bemusement, as the two mainly just get in each other's way (as they did on Saturday).  Perhaps the most interesting - and excellent - piece of team information to surface prior to kickoff was not the fact that the club had finally sealed the signing of Bolton defender Gary Cahill, who watched from the stands with a nice-sized grin on his face, but the news of Michael Essien making the bench. This was to be his first match since May, a grand sight for all of us even if the Bison hasn't quite been the Bison in recent seasons.

There was also, of course, a place for Fernando Torres. He was again deployed at the center of our attack in the absence of Didier Drogba. And again the maligned Spaniard looked extremely good. In fact, this may well have been his best overall performance of the season. I think many were expecting him, on the back of recent performances, to be more of a playmaking forward. While he did look for teammates, Torres spent much of the match seeking openings for himself in front of goal. Thank you. It was proper work from a striker, more of what we hoped to see from him when he made the move to Chelsea last January.

Speaking of what we hoped to see, Torres provided what must be the season's greatest assist inside 15 minutes. Torres ghosted into some space on the back side of the penalty area on 13 minutes, meeting Juan Mata's cross from the right with a downright violent (but beautiful) scissor-volley. It truly was a wonderful effort, full of sublime technique and tremendous power. Sunderland goalkeeper Simon Mignolet was helpless, the ball whipping past him but not into the net. Instead, it caromed off the crossbar and straight down into the path of Frank Lampard. Super Frank just has that uncanny goal sense doesn't he?

Lampard didn't have to do much in slotting into an open goal and I'm not sure he knew much about it to be honest. Hell, I doubt he's scored many easier goals in his legendary career at the club. Even he knew who to think, peeling off in celebration before making a point to acknowledge the creator, Torres. The home support knew as well: They started chanting the striker's name well before Lampard singled him out for praise. 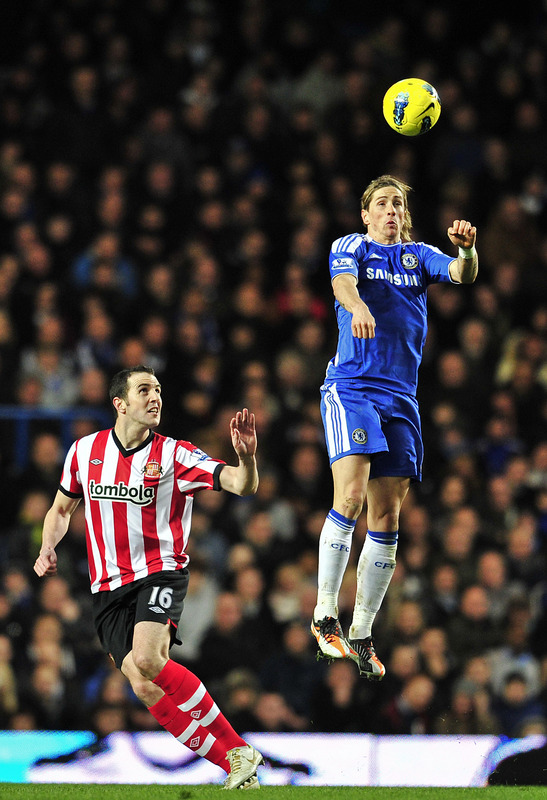 The game settled down after the initial wildness, being played at almost a ponderous pace by both sides. Nicklas Bendtner could have leveled midway through the opening half, dragging a shot a few inches wide of the far post after some quality buildup work by Stephane Sessengon, excellent on the day. I for one wouldn't mind seeing the Beninese in blue. Nevertheless, Torres was back at it a few minutes after Bendtner's miss, turning neatly on the edge of the box and flashing a low, driven effort a yard wide. He was in the mood.

That was it for the first half. We were comfortable if not dominant.

The final 45 minutes were altogether a different story. Sessengnon sent a somewhat tame volley straight at Cech in the early exchanges, but we answered with a trio of good chances that resulted in nada. Torres was denied by Mignolet from a tight angle on the right - he was forced wide by the pass, I believe from Ramires - a surprisingly subpar Mata skewed a volley horribly over from the ensuing corner, and Ramires couldn't take advantage of an opening created after Mignolet failed to get a touch on a cross from Ashley Cole.

Failing to kill off games. Hmm. We've seen this before haven't we?

Things proceeded to take off, into the Twilight Zone, over the next 20 or so minutes, with, aside from a pair of fantastic scoring opportunities for Sunderland, Phil Dowd waving away three excellent shouts for penalty kicks - two from Chelsea and one from Sunderland.

Torres was involved in both incidents for the hosts. The first saw John O'Shea catch the Spaniard on the edge or just inside the box. I couldn't really tell. Moments later, Cole clumsily bundled into the back of Bendtner in the center of our own area. And, finally, Torres was tripped by Phil Bardsley on the left side of the box near the byline. This one was particularly egregious and quite clear for all to see. Not for Dowd, though, who, to compound matters, booked Nando for diving. For real? Dowd had lost the plot.

In between the penalty claims, Sunderland did some nice attacking work only to be undone by wayward finishing. Sounds like us, eh? David Vaughn first snatched a volley a few yards wide, and then James McClean - who, apart from finishing, had a fine outing - butchered a glorious chance inside the six after some excellent work on the right from Sebastien Larsson. How we could do with someone with a delivery like that.

Fast forward a few minutes and David Luiz was forced into a vital intervention to deny McClean a look after he had somehow beat the offside trap and was all alone with Cech. Sunderland continued to push forward as we entered the final 10 minutes and were rewarded for their buccaneering attitude - and our giving spirit at the back - with another pair of fantastic chances to snatch a point.

Both Craig Gardner and Bendtner failed to test Cech despite finding themselves in excellent positions to do so. Gardner, the former Birmingham player, side-footed wide after the maestro Sessegnon had drew plenty of attention on the right before, in the final minute, Bendtner rolled past Luiz (far too easily) only to lift his shot over the bar. All he really had to do was dink it over Cech, but, thankfully, this was Nicklas Bendtner with which we were dealing.

And, thankfully, that was that. It was far from the kind of performance we were hoping for, but it was largely solid albeit patchy at times and unspectacular. You have to grind out some fixtures over a 38-game schedule and we managed to do just that. Couple our result with draws for Spurs and Liverpool and a defeat for Arsenal, and this was a very good weekend for us.

Now, if we can only start to finish teams off. Oh yeah, and Nando can starting bagging a few goals. They're coming. Oh yes, they're coming. Carefree, bitches.