A fair few media outlets are reporting that, after a prolonged spell of negotiations, Gary Cahill and Chelsea have finally agreed to the framework of a deal and the Bolton defender is currently on his way to London to finalize this thing. Yeah, I'm still not that jazzed about this one. 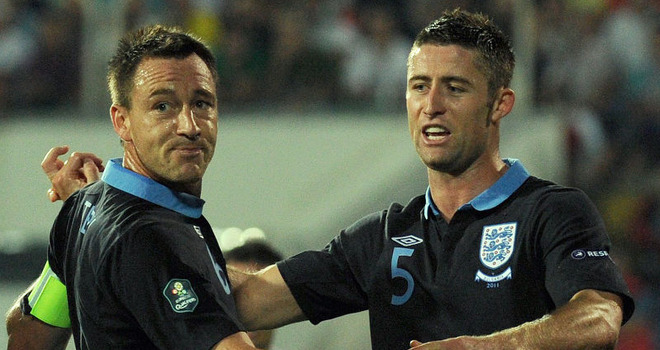 Obviously nothing is definitive until we hear from the club, but both the Mirror and Sky Sports - and now the Guardian - are suggesting that Cahill and the club have agreed on a five-year deal. The Mirror, in its so-called exclusive, say the 26-year-old England international will be banking a cool £23 million over that span. That's about £80,000 per week if you break it down.

That's a drop from the reported £100K Cahill was seeking - a truly ridiculous number - but still a bit more than I thought the club should be handing out to a guy who represents nothing more than a backup on recent evidence. At least the transfer fee is marginal and Cahill is still relatively young, suggesting a sell-on fee could be somewhat substantial.

Who knows, though. He may well be the next great English defender now that he's freed of the burden that was competing alongside Zat Knight. Regardless of what happens with Cahill, if he does indeed become a Chelsea player we'll be backing him accordingly.

Of course, that has yet to be confirmed by the club. Hell, Cahill may fail his damn medical (Demba Ba son). Once/if a deal is concluded, you know we'll have news of it right here. Carefree, bitches.