This international break is over. Thank the lord almighty. More after the jump: 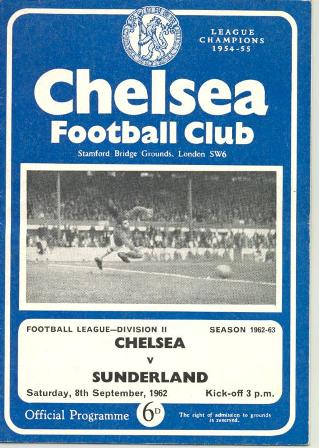 Rejoice, friends. The break is over and we're back to our regularly scheduled programming. NFL Football (aka Throwball) jumps off this weekend stateside, but who cares about that?

The team returns to the mix with some injury-free players at long last. Returning to the fray are one Petr Cech & David Luiz, whilst Le Drogs has failed to receive medical clearance for the weekend. Also back in contention is previously suspended Daniel Sturridge, and I for one am hoping AVB gives him a proper run out after a few extra weeks of training. Through three games, we have yet to surprise anyone with our performance, struggling to an opening day draw, squeaking by in our second week, and needing some individual brilliance to nip Norwich. It's high time we step up and start exercising some proverbial goal-scoring muscle.

Why: As mentioned above, it's time for the club to demonstrate intentions for the season. With the Manchester clubs flexing their muscles to open the campaign, it remains imperative that Chelsea not only keep pace, but send out a warning shot to their rivals, particularly United, who we face on the 18th. Of note, we have Champions League football on Tuesday. Expect to see some player rotations therefore, owing to this and the international break which was heavy for some, and light for others. Momentum at this time of season is particularly key, although not imperative. We've all watched in years past teams like United flounder out the gates, only to grab hold of the top spot through some strong December, January, and February performances. That said, we need to put a marker down before these next two fixtures.

Team Sheet: As mentioned above, Cech, Luiz, and Danny are back in the mix, whilst Didier and The Bison are out. Also included in the squad is new signing Raul Meireles. There's a distinct possibility we could see Raul feature in the holding midfield spot if AVB opts to rest Mikel considering his work put in during the break. Up top, AVB has been coy but the wisdom suggests a three-prong attack that includes Nando through the middle, flanked by Mata and Sturridge. If this holds true, then I'll be the first to do a cartwheel. Yes, I said it. On to the specifics:

Sunderland, meanwhile, are carrying a few knocks into the match. Asamoah Gyan is out with a hamstring complaint, while one-time United roughneck John O'Shea is out with a calf injury. Elsewhere, Sunderland are missing the services of Frazier Campbell, Craig Gordon, and David Meyler. The loss of Gyan is of particular note, as Steve Bruce's squad has scored only one goal thus far this season. Though I doubt they'll play for the draw at home, they will need to make use of their chances particularly on the counter attack. Defender Anton Ferdinand has left the club in the transfer window for QPR. Expect to see incoming loanee Nicklas Bendtner, he of Arsenal and self-aggrandized lore, to get a start. Sunderland tend to save their best performances for matches against the big clubs at home. One need not look any further then the victories posted against Manchester City and Arsenal last season at the Stadium of Light, as well as a draw against United. You will also, regrettably, recall a home loss for the Blues against this very team last season, to the tune of 3-0. Back then, we were at our lowest point in the season, dropping points like it was our business. Though we avenged that loss in a 4-2 victory last season, featuring a memorable 32 yard cannon blast from The Drogs, we still have a point to prove.

Fun Fact: The last six meetings between the teams at the Stadium of Light have produced 32 goals.

What to Expect: Ideally, a convincing win. But more than that, even if it has to be a close match, one would hope to see some continuity and flow in the attacking third. We can move the ball laterally all we want, but if we're not going forward and creating chances, it's all for naught. I'm calling it now, Fernando will net, and Mata will assist. Chelsea 2-0.

Bonus: Check out AVB's pre-match presser for more insights. The man looks focused. I like.