"Chelsea should have won more trophies with their squad because the quality is there. The ambition was there and you can see what the club has spent on players."
-Michael Ballack in today's The Times 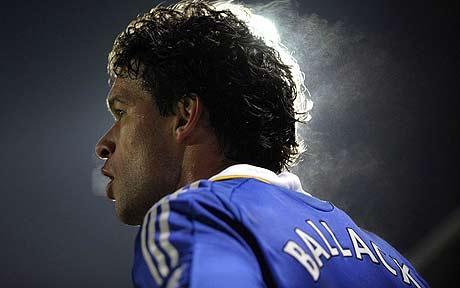 All the above points are fair ones from the former Chelsea midfielder. We as supporters have been blessed to witness bags of quality at the club during the Roman Abramovich era.  The mighty Russian has been more than generous in his time here, blowing loads of guap on some of the best players in the world.

This generosity has resulted in so many teams chock full of elite talent, it's insane. Many have, in my mind, been good enough to be considered, at times, the finest on the planet. I'd argue all day that the 2009 edition under Guus Hiddink was the best team the game had to offer that season. Perhaps by a fair margin. That side, however, for all its ability, only has an FA Cup to showcase.

Eight trophies have been captured since Roman's arrival. None of us in our wildest dreams would have imagined such success prior to that fateful takeover in June 2003.  And, trust me, we all are thankful for what we've been privileged to see over the past eight years.

But, in retrospect, there have been opportunities for more. If you can manage to remove the unavoidable feeling that this has been an unbelievable ride regardless of what's been won - and lost - you can kind of see where Ballack is coming from. So, do you agree with the German in thinking that Chelsea should have been more successful over the past few years? Or do you feel we've done rather well considering the competition?