A return for Modric in January? Villas-Boas doesn't exactly rule it out

Share All sharing options for: A return for Modric in January? Villas-Boas doesn't exactly rule it out

Is the pursuit of Luka Modric finally over? Reply hazy, try again later. 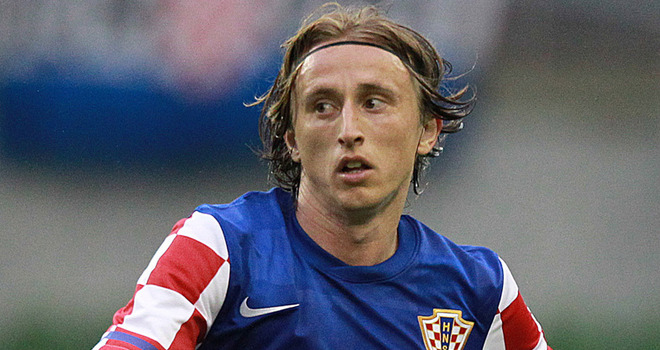 I initially loved the idea of adding the Croatian to our midfield during the close season. That idea soured as the summer continued. Missing out on Modric at £40 or so million was proper business for Chelsea. There's just no value there.

That, however, is not to say the club won't return for the playmaker in January. It was a possibility not lost on the media today during Chelsea manager Andre Villas-Boas' press conference pre-Sunderland. He was asked whether or not he expected the club to rekindle its interest in Modric once the mid-season transfer window opens it doors.

We can categorize Villas-Boas' response as diplomatic.

"No I don't think so," he said. "The market is closed and I won't speculate what happens in January."

Then we won't speculate, either. Not really. I reckon a deal isn't out of the realm of possibility, but that Chelsea would only make a move if the price was significantly reduced.

Villas-Boas went on to speak of the midfielder signed in Modric's place, Raul Meireles, and why he chose to allow Yossi Benayoun to join Arsenal on a season-long loan.

"Signing Raul Meireles was an extremely good deal for us and we are happy to have him here," Villas-Boas said. "I had said we needed one more player in midfield. Yossi Benayoun had variability, he could play in the middle and he could play out in the channels or behind the striker, but we felt that towards what we wanted to achieve in terms of playing style, Raul would fit with this requirement."

Speaking of failed transfers. Villas-Boas also spoke on Alvaro Pereira, specifically why a potential move for the FC Porto fullback broke down.

"We were very far from meeting Porto's demands regarding Alvaro," he said. "We are very happy with Ashley Cole and Ryan Bertrand and the availability we have for that position with Paulo Ferreira and Jose Bosingwa also able to play on the left, and even David Luiz has done it before.

Makes perfect sense. The amount Porto were looking for (close to €30 million), from Chelsea's perspective, was an absolutely ridiculous price for a player that would have represented a luxury purchase. Pocket that money for the time being and break it out when an option becomes available at a more pressing position.

The January window should again prove to be quite interesting for Chelsea. Will it rival this year's? Unlikely. But there are questions: Will Josh McEachran have established himself yet? If not, will he be loaned out? Will Gael Kakuta return to the club ready to make an impact? How will the club respond to losing manpower during the Africa Cup of Nations?

And, of course, will we inquire about Modric? Only time will tell.