Share All sharing options for: Adding To The Mix, Lucas Piazon Joins

With the influx of new faces this summer at The Bridge, it was somewhat lost in the shuffle that one of our January signings has secured his move to London earlier then previously anticipated. More after the jump: 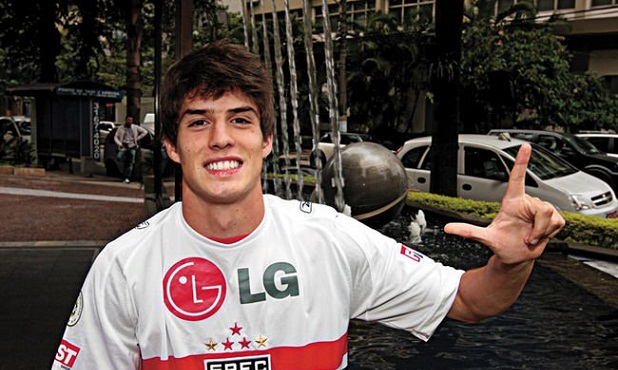 So it's been confirmed, Piazon has officially signed his contract with the club and already begun training with the first team. Pictures are floating about the interwebs of him in uniform alongside the usual suspects, but for fear of reprisal, I'm not posting them. As part of his contract, Piazon cannot officially take the pitch for the club until January (when his contract becomes official), but in the meanwhile he'll he living in Cobham and training with the reserves to build up his skills. Didn't realize this earlier, but apparently Piazon already has a valid EU passport (Italy), so the idea of losing him to a drawn-out work permit battle a la Raljkovic is not something we need to fret over. (As you can tell, I'm still bitter about that one).

Piazon was a key component of Brazil's youth regime this summer, having participated in a number of competitions and matches. Below is a video showcasing his first touch, passing, and movement during one such match:

I for one am looking forward to hearing more about, and hopefully, seeing glimpses of the kid as he hopefully grows into an influential player at the club.