Kakuta: Bolton right place for me to improve

Share All sharing options for: Kakuta: Bolton right place for me to improve

Gael Kakuta has been speaking for the first time since his six-month loan move to Bolton was made official on transfer deadline day. The young Frechman is saying all the right things, despite the rags' best attempts to skew it. 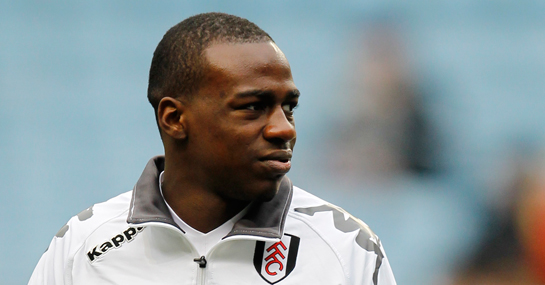 This is a pivotal season for Kakuta. Sure, he's only 20 years old. Yes, he's among the best young talents in world football. All true. That does not hide the fact that the midfielder has yet to make a significant impact at Chelsea on the first-team level.

I think many of us expected that to have happened by now. What with Kakuta's elite ability coupled with our real lack of flair on either wing. But it hasn't. And it's mainly down to inconsistency.

On his day, Gael is among the best sub-20s on the planet. No question. Those days, unfortunately, have not been nearly plentiful enough - at least not for his parent club to hand him a real shot. Having failed to distinguish himself on loan to Fullham during the second half of last season, Kakuta - at least for me - finds himself in a position where he must begin to excel on a consistent basis if he has any plans of breaking into the picture at Chelsea. It may not be now or never (yet), but that time is rapidly closing in - particularly now that Juan Manuel Mata has arrived, and is already beginning to cement his standing in the team.

In steps Owen Coyle. Could the Bolton manager be the man to bring Kakuta's supreme talent regularly to light? He has a superb track record with young talent. He worked extremely well with one Daniel Sturridge last season. It seems as if this is a perfect marriage - for Bolton, for Gael, for Chelsea. All the pieces are there for Kakuta to transform himself from burgeoning talent into genuine Premier League threat.

Gael, for his part, seems intent on taking advantage of the chance. A number of papers have picked up these quotes from him, but I'm going with the Daily Mail because, quite frankly, that's the first link I came across.

"When you're young you have to be patient because you have big players at Chelsea that have lots of international and club experience. There were about seven or eight players in front of me with experience and that is the reason I came here.

"We will see what (Andre Villas-Boas) will do, whether he will keep everyone or move some players. But I need to play as I am 20 years old. I need to get some experience and not play just 20 minutes a week.

"Bolton is a great club. I chose to come here because I think it is the right place for me to come to improve. I was supposed to go to Fulham and at the last minute Chelsea told me Bolton were interested. I asked Daniel how Bolton was and he said the people here were great and I would enjoy it a lot.

"He said (Owen Coyle) gave him a lot of confidence. If he trusts me and gives me confidence I will be able to do my best. It will be a great thing for me to go back to Chelsea with more experience as the coach will trust me more at the weekend and I will be more of a first-team player."

Can't really argue with any of that. Kakuta does need games. Bolton does appear to be a great environment in which to grow at the moment. The openings for playing time should be there for the taking. Nothing left for him to do but go out and prove his worth.

So, good luck to Gael. We'll, of course, be following his progression throughout the first half of the season right here.