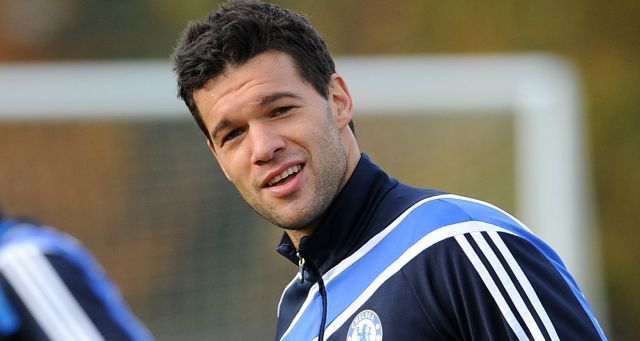 Michael Ballack was highly admired around these parts during his time at Chelsea. We, like Carlo Ancelotti, felt he deserved a short-term extension with the club. I, for instance, offered the following after learning of the announcement of his departure in early June 2010.

Sure, at 33 years old, our former Der Kaiser was in the twilight of his career. Sure, his wages were hitting Roman’s pocket pretty heavy. So. As a reliable utility man, with leadership and experience unrivaled by most, Ballack represents a fine option – even if he were to see a reduction in minutes. To be honest, Ballack has been grossly underrated by this entire support group, myself included. When he played, we usually won.

The legend has since returned to Germany, somewhat disappearing into the fog thanks to injuries, a very public feud with national team coach Joachim Low and the like. Not what he had in mind. Not what we, as fans, wanted to see materialize, either.

Ahead of his anticipated return to Stamford Bridge in two weeks time with Bayer 04 Leverkusen, Ballack sat down with Rob Draper for a few words on his time in London. I found it to be a very interesting read. Below are a few choice cuts from the conversation. After you're done here, be sure to check out the article in full over at the Daily Mail website. Seriously, make sure you head over there.

Anyway. On to some quotage.

On Ancelotti, and how difficult it is for managers to succeed at Chelsea
"He was always fair to the players. He always found a good way to train this difficult team, because it was not easy to train them with so many individuals, so many egos. That's not easy for a coach. In the past few years they have changed the manager a few times but it's not always about the manager. The team is also part of it."

On whether he felt Carlo wanted to keep him around
"That was my feeling, too, when I spoke with the coach. It's not normal to talk so long about a new contract. You should get a decision much earlier. Yes, I think it was a decision of the club, not the coach."

On his rumored role in the sacking of Big Phil
"It is totally not true. I don't know where he got that from. It surprised me because we had a good relationship. I (just) thought he couldn't find the right chemistry with the players, what you need for this club. I said when I arrived at Chelsea that it's important that the big players don't push too much in a personal way, because that's not too good for the team. They have to step back."

That's all I'm going to offer up in this space. Again, be sure to check out the entire article here. Also, I must say that I can't wait to welcome Ballack back to the Bridge. It will be nice to be able to give him a proper goodbye, something he certainly deserves.