Share All sharing options for: Chelsea continue to languish in average attendance figures

The average attendance figures from across Europe for the previous season popped up in a few places this week and, to no Chelsea supporter's surprise, the club remain firmly in the middle. 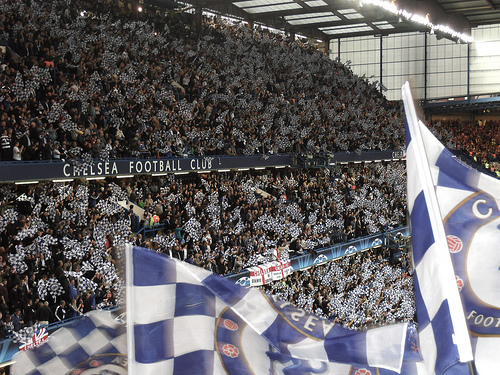 The club's position here would somewhat explain a rise in ticket prices - see Champions League group stage - even if that hardly condones it. This also suggests that, with financial fair play rules in our scope, a move to a larger, and thus more attractive, venue will continue to be a major talking point amongst both supporters and our higher-ups. Perhaps more than just a talking point actually.

I would think a move, as much as it pains me to say, is necessary to compete in this current climate. The question is whether Roman can, first, unearth a proper lot to build on in the city and, second, recreate the one-of-a-kind atmosphere that is Stamford Bridge. Difficult ask on both fronts.

Anyway. What are your thoughts on all this?

Note: Be sure to check out the take on all this offered by The Chels. They do a great job, as always.