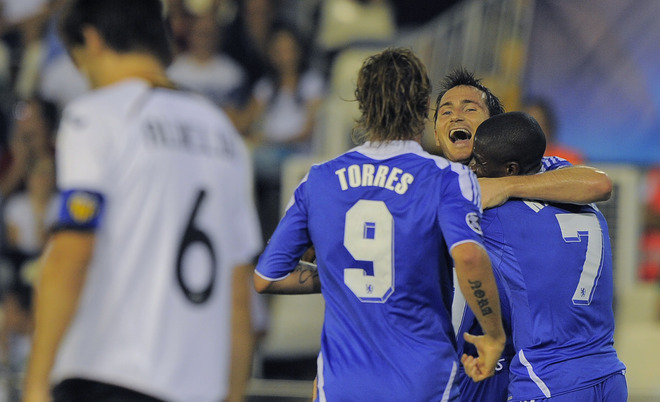 If some weird time-traveler type had given me the option of collecting a point at the Mestalla prior to this fixture taking place, I would have gladly taken it. Not so now.

Salomon Kalou. Doing what he do. Dammit. A late handball from the Ivorian cost us a penalty - quietly converted by Roberto Soldado - and what would have been a most valuable three points away from home. Probably what most of us were thinking prior to Kalou's inevitable nonsensical fuck-up followed along the lines of this: What the hell is he doing on the pitch in the first place?

Odd, and ultimately costly, substitutions from Andre Villas-Boas seem to be more of a talking point in the Rant Box than the handball itself. Hauling off the night's goal scorer and an engine in Ramires don't appear to be quality decisions. Where was Didier Drogba? Hey, whatever. This is going to happen. Better it here than in a truly massive fixture. Hopefully Villas-Boas will learn from this, as he did at Old Trafford earlier in the season.

Difficult result to swallow, sure. But certainly not a bad one. A point from what on paper was our most difficult match of the group is a step forward. Devin will be back with the match recap later in the day. In the meantime, have a vote in our man of the match poll and maybe leave a thought or two on the game in the comments section below. We're looking forward to hearing from you. KTBFFH

Who was today's man of the match?