Our biggest test of the Champions League group stage arrives Wednesday in the form of a trip to the Estadio Mestalla. Valencia not only bring forth a heavy test for the Chels, but they also eagerly await the return of a departed son. 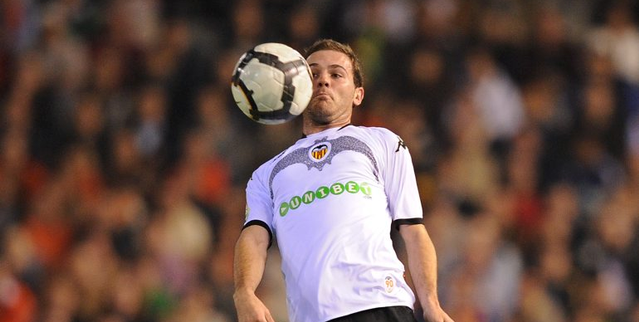 Matchday 1 was particularly special to Chelsea supporters for, aside from a win over Bayer Leverkusen, the return of Michael Ballack to Stamford Bridge. This second outing will follow a similar theme for the Valencia fanbase, with Juan Manuel Mata returning to the place where he blossomed into one of the world's brightest young talents. It's going to be a big occasion, for both Valencia and Mata.

"Valencia will be a great threat," Mata said during Tuesday's pre-match press conference. "Tomorrow's game is especially dangerous, and will be very difficult."

Why: While not a must-win situation, we are in a position where we could take firm control of the group with a victory. This, as said everywhere, is likely to be our most difficult test in this group and to win would make a quality statement about our intent. Plus, you know, I doubt Mata will be in a generous mood against his old club.

El adversario
Valencia are an interesting side.

They are quite eccentric if you will. I watched them have the run of play against the world's so-called finest side, Barcelona, for the better part of 60 minutes last week. Valencia really should have won that match if I'm honest. This is also a side that drew with Genk to open the group stages - albeit unluckily - and lost to Sevilla on the weekend. Quite simply, you don't know what you're going to get with regard to performance when you play Valencia.

The team is chock full of quality regardless. Losing Mata was massive no question, but that hasn't destroyed the team as it could have. Roberto Soldado is a superb striker, one that has already scored against a Chelsea goalkeeper this season. He planted a header past our on-loan Thibaut Courtois a few weeks back. Ever Banega is a reformed midfielder these days, growing into a class player over the past year or so. He was imperious against Barcelona. There's also Sergio Canales, an electric talent on loan from Real Madrid and the winger Pablo Hernandez, a good amigo of Mata.

They aren't exactly intimidating at the back, but have enough in the tank to frustrate us. Center-back Victor Ruiz blows hot and cold; he was pretty damn good against Barca if I remember, though.

No question, this is a big ask of our players.

Team sheet
I'll be keeping this brief, with a view to Devin's very active team and tactics thread. Be sure to have your say there before tomorrow's match.

What we learned today was that there was no place in the traveling squad of 20 for Paulo Ferriera, Alex or Josh McEachran. No injuries to report - as per ChelseaTV - so the trio was just unlucky to miss out with so many fit to make the trip. I thought Alex was a good bet for a start here, but what the hell do I know.

That would seem to lend itself to the idea of a back four including David Luiz and England's Brave John Terry in the center, flanked by Branislav Ivanovic and Ashley Cole. Then again, Andre Villas-Boas doesn't seem to favor Bane as a fullback so we may just see Jose Bosingwa - and his immaculate crossing - once again.

The only sure thing in the middle of the park would appear to be Ramires, who should be among the first names on that small piece of paper after his scintillating work against Swansea City. Who joins him would be dependent on how AVB decides to line the lads up. The customary 4-3-3 or a more expansive 4-2-3-1? Decisions, decisions.

Frank Lampard seems a good bet to feature after missing out completely against Swansea, to much (and by much I mean no) controversy. How do you fit him in, Andre? Up front, Fernando Torres is a must-start with his league suspension to start on the weekend. Florent Malouda, like Lampard, missed out on the weekend and would be keen to get a full run-out. Mata, of course, will be, to quote Indiana Jones and the Last Crusade, giddy as a schoolboy.

Below is who I think AVB will select. Inevitably wrong this: