As is rapidly becoming a tradition around these parts, we open up the debate early in the week for everyone to chime in on their preferred formation, tactics, and player preferences heading into Wednesday's difficult fixture against Valencia. More after the jump: 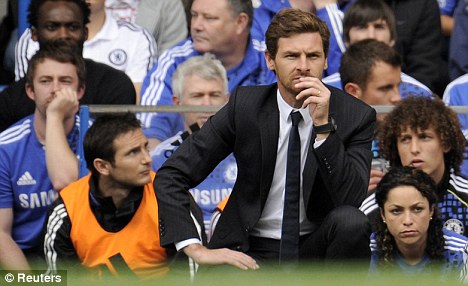 A moment of contemplation

I doubt you need a primer on what this is all about, but for those tuning in for the first time, we open it up to comments to see what formation you'd expect to see from our beloved brothers in Blue. As we've all determined after 8 games under the AVB regime, nothing can be taken for granted, no one is safe, and every position is under heavy competition. Villas Boas clearly prefers to enter each match with an open mindset, offering little in the way of certainty to the media, fans, and opposing teams. So, we make educated guesses as to what we'd expect. Considering that we've just completed two 10-men marathons, I think rotation is of the highest order. Sticking my head above the water, I'd venture the following formation: 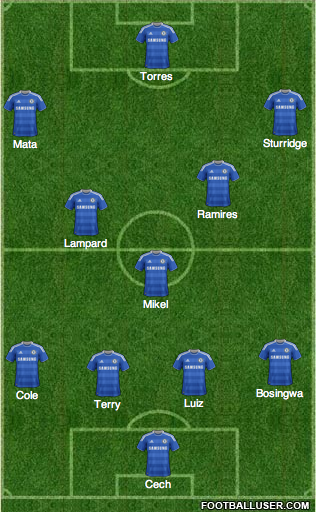 This isn't exactly a revelatory starting eleven. But, it is a strong one, and in my estimation one that is necessary for us to ensure a three-point haul from the Mestalla. Returning to the mix are Daniel Sturridge, David Luiz, and of course, Frankie Lamps. I opted to throw Luiz in over Alex because I felt he's been in better form, but there's no denying that Alex could use the minutes, so perhaps another rest is in store for England's Brave. I wouldn't be disappointed to see Cole drop to the bench in place of Bertrand, but I feel this might be one of those matches where Ash is asked to get on his saddle again. The midfield, from my view, has to have Mikel after his excellent performance over the weekend. Alongside, Ramires gets the call in honor of his brace, and Lampard is returned to the frame for a shot at redemption. Up top, Mata is the obvious choice to play against his old mates, Torres slides into the striking slot considering this may well be his last match for a month, and Sturridge hits the right side after missing the weekend.

Nothing fancy, nothing dramatic, but certainly a strong mix. What say you, friends?