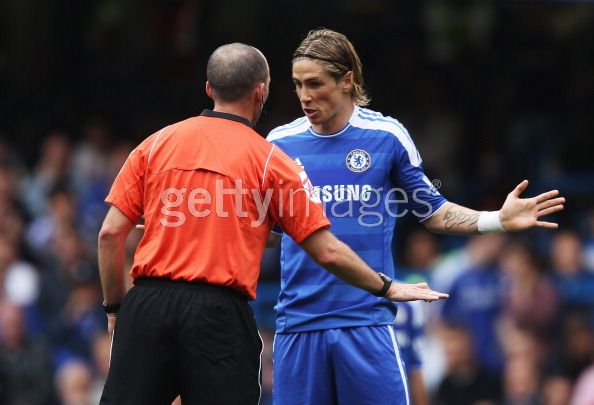 The Chels slash four past Swansea at the Bridge despite playing with ten men for the better part of 50 minutes. It was pretty much an excellent performance aside from the wretchedness that was Torres' fist-half, studs-up lunge on Mark Gower at midfield. Just a dumb decision from the Spaniard, particularly more appalling considering he was the best player on the pitch up to that point.

Indeed, Torres had not only scored a wonderful opener but also sparked the counter that led to our second with a cheeky through ball for Ashley Cole at midfield. He was, to use a ridiculous sports cilche, on fire. Oh well. He'll miss the next three league matches.

Fortunately for us, we have the tools to deal with such a loss. Nicolas Anelka produced a competent display today, while Didier Drogba made a scoring return to the side after that frightening collision against Norwich City. We will be able to deal. Torres, however, will need to impress in our Champions Leagues ties. It's a must he continue improving as he has thus far this season.

As for today. Again, solid work from the boys. We survived an early surge from Swansea to open the second half - John Obi Mikel excellent over that span - before taking over proceedings. We were pretty much bossing things as the game came to a close. Conceding late on is a fissure in my ass, but the Drogs capping the afternoon made Ashley Williams' header much easier to overlook.

Well done, boys. On to the Mestalla in midweek for what surely will be an excellent tie. Before then, have a vote in our man of the match poll and leave a comment or two with your thoughts on the win. Match recap, as always, is coming soon. KTBFFH