Brendan Rodgers is good people. Pretty good scout, too, so sayeth the man himself. 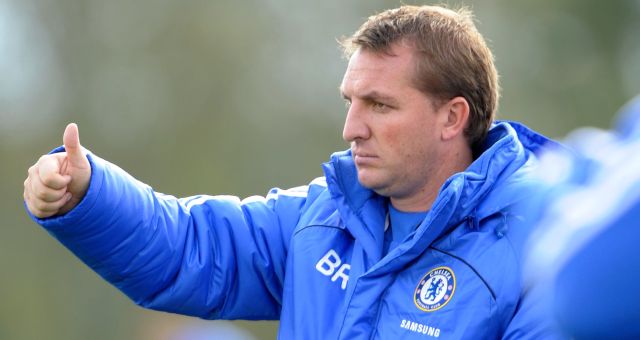 Our former youth and reserve team manager has done rather well for himself since leaving the club in 2008. He brings his newly promoted Swansea City side - anchored by former Blue favorite Scott Sinclair - to Stamford Bridge on Saturday. However, before he left Cobham, he was, in addition to his managerial duties, in the mix as a scout under Jose Mourinho.

And apparently the Special One sent Rodgers to Espana to watch Fernando Torres do the business at the Nou Camp at the formative age of 21. Nando collected a brace.

"It was the Nou Camp, he was young, he was the captain, he was fantastic, he scored two great goals," Rodgers said Wednesday. "He was one hell of a talent, the timing and skill... he was the real catalyst for Atletico who were very good at the time.

"My recommendation was to take him."

Of course, we either failed to close a deal for the Spaniard or simply passed on the opportunity. Either way, we fucked up. Torres moved to Liverpool a year later and the rest, as they say, is history.

I'm not sure why am reporting this; it's late news at this point of the proceedings. But, you know, it's a rather interesting story and pretty good insight into Rodgers' eye for talent - if you can count spotting the talent of Torres as a good spot. Still, the man does know a thing or two about scouting it up. All one has to do is look at what he's done with Swansea to see that.

I, for one, am looking forward to welcoming both he and Scotty back to the Bridge on Saturday. That is, so long as we leave with the three points.