What would you do? Your team, your tactics v. Fulham

Share All sharing options for: What would you do? Your team, your tactics v. Fulham

Chelsea begin play in the Carling Cup on Wednesday night at Stamford Bridge. 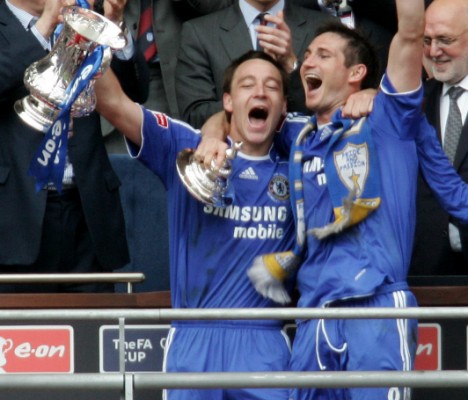 It would make sense for Andre Villas-Boas to make this competition a priority, similar to the way another Portugese did in his first season with the club. Trophies help cement foundations, people. Villas-Boas understands that success breeds success.

With that being said, this match is interesting for numerous reasons - namely the approach of AVB. Will he use the competition as a springboard for youth? One would think (hope) so. How will he move forward after the success seen after a halftime tactical change at Old Trafford on Sunday? These questions have bearing not just on the League Cup, but the season as a whole as well.

Me, I think Villas-Boas will bleed youth in this competition. I just pray we can sustain a run in it unlike last season when, despite Carlo showing some faith in youth, the team exited at the first hurdle. The likes of Oriol Romeu, Josh McEachran and Romelu Lukaku should expect a place in the starting XI on Wednesday. Ryan Bertrand should as well. Nathaniel Chalobah is a guy I'd like to see start alongside a more experienced central defender, Bob preferably. Hand Jacob Mellis and Billy Clifford places on the bench. I'd really like to see Villas-Boas go super young, with a sprinkle of veterans amongst them. I have confidence in these kids; I reckon the manager does, too.

Formation? I still like the 4-3-3, but the 4-2-3-1 is so dynamic. It's been effective. This match represents a good time to employ it from the start, especially with the personnel. Why not pair the young Romeu with the more experienced John Obi Mikel in the double pivot? It's not exactly brimming with creativity, but Romeu could do the job. He is Spanish, after all. Playing Josh in the hole? Sounds fishy, as he is more suited to a deeper role, but pairing him with Romeu right now seems too risky. Josh can pick a pass, so why not see what he can do further forward?

Among the more experienced lads I'd call on would be Nicolas Anelka and Florent Malouda. Anelka was very good in a reserve role on Sunday; Malouda, meanwhile, failed to find his way onto the pitch. Both will provide a good balance to the team. Make Paulo captain and put him at right back. Sounds good to me.

That's what I would do. I think. But nobody really cares what I want to see. We want to know what you have in mind for Wednesday's match. Let us know who's in your XI, and how you'd tactically approach the game. We're looking forward to hearing from you all. KTBFFH