Share All sharing options for: Video: Come on, Fergie

I respect Sir Alex Ferguson. He's a legend in this beautiful game. Fergie does, however, suffer from a rather irritable case of selective memory loss. 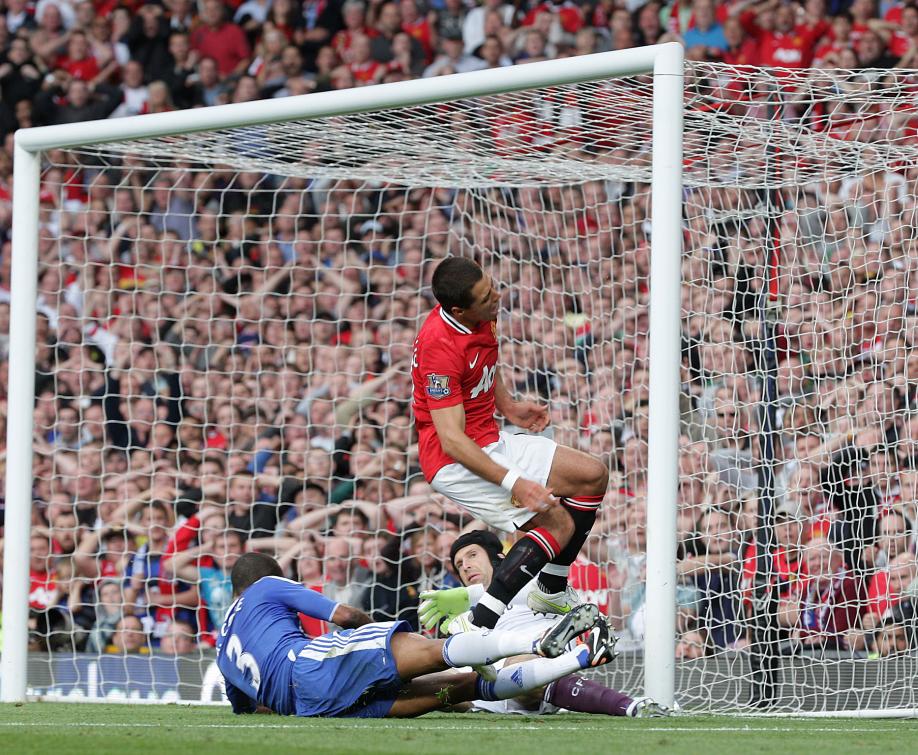 Example of a poor tackle

Ferguson went on the offensive yesterday afternoon with regard to his young, electric Mexican. Smallish Pea was scissored by Ashley Cole in a ridiculously late challenge during the second half of Sunday's fantastic match at Old Trafford. It was a rash tackle. It probably deserved harsher punishment than it received (not a penalty, though).

"It was a shocking tackle. He's very reckless at times, Ashley Cole," Ferguson said. "He is committed of course but he sometimes can go over the edge a bit and the tackle was an example of that."

I only just came across this quotage, and I must say: Come on, Fergie. I doubt you offered a similar reaction when the incident captured in the below video went down at Stamford Bridge a couple of seasons back. Shit happens. I've seen us do worse and we've seen you do worse. Win some, lose some. You got the three points, move it on sir.

Andre Villas-Boas took slightly a different route. He doesn't condone Cole's tackle, but manages to use the situation to sneak in his displeasure over the two missed offside decisions in the first half. Mourinho-esque.

"Maybe he wouldn't get sent off if the linesman does his work," said Villas-Boas. "He would have been less emotionally drained. I work the other way round. You are trying to say the referee did something wrong. I cannot forget the previous two.

"If it was 0-0 maybe Ashley is a little bit more mentally in control of the situation and doesn't do the red card foul that you mention."

Sidenote: I must say, I do hope that Chicha is not seriously injured.