No disrespect to other clubs, but Sunday's Premier League clash of titans at Old Trafford was a meeting between the two finest clubs in England over the past decade. And, for once, it didn't just live up to the media hype - it transcended it. 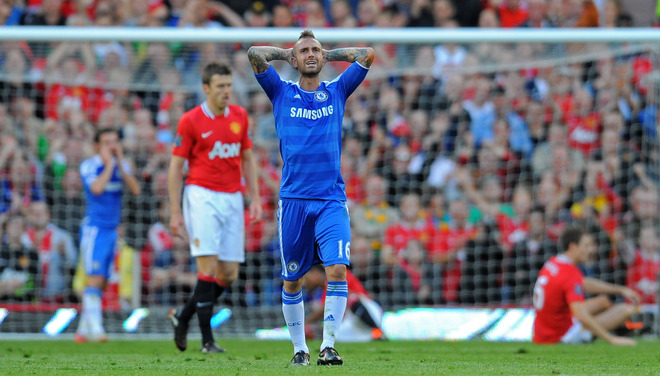 Did that really just happen?

Sunday's match truly had everything. Beauty and horror, passion and agony, class and just plain old anarchy - it all was on display for an impassioned audience that must have thought it was dreaming. Equal parts thrilling and bizarre, I felt as if I was ghosting about my apartment as the second half unfolded. Is this real?

It was. This spectacle will ultimately be remembered more for its numerous moments of sheer chaos - the spotlight on Fernando Torres no doubt - than the result, a seemingly comfortable win for the reigning champions, off to their best start in 26 years. They're form remains firm, many will say. I would agree. But it wasn't a walk in the park for Sir Alex Ferguson's men. Quite the opposite in fact.

United were at times good, at times irresistible going forward. They also were at times frenzied in defense, fortunate and at times totally under the cosh. Chelsea, meanwhile, displayed a fighting spirit not seen since Guus Hiddink's memorable run as manager at the end of the 2008-09 season. There was great fluidity and incisive movement to go with a gaggle of gilt-edged chances - more than I can ever remember us creating at Old Trafford. All this to go with at times very poor decision-making at the back, a tablespoon of miscommunication and some of the worst finishing this side of my bedroom. Just awful.

As results go, in the end this one was deserved. I think. But by no means are we to feel mass disappointment or bury our collective head. No sir. There is much to build from. Much to be proud of. While we cannot walk away with a point (or points), what we can take from this defeat is substantial: that we can stand, and conceivably hurdle, the defending Premier League Champions. That in itself is a massive achievement so early in what must be considered a transitional period.

The Rundown
• Villas-Boas is the man to take this team forward, no question.
• The result represents AVB's first defeat since April 2010, when his Academica side lost 3-2 at home to Benfica. That's a long ass time.
• Our play was inspired at times, only to be let down by poor defending and genuine weirdness.
• Torres reinvented himself as a YouTube sensation, for all the wrong reasons. He was, in spite of that moment, the best Chelsea player on the field Sunday.
• Frank Lampard's day has come. As I said on Twitter, the game - and not just this one in particular - is passing him by. He is no longer a regular starter, and perhaps not even a regular off the bench. A role similar to Ryan Giggs will suit him well this season. Thereafter, evaluation is very much needed.
• I'm simultaneously angry and pleased. That's odd, and fitting considering the events of today. 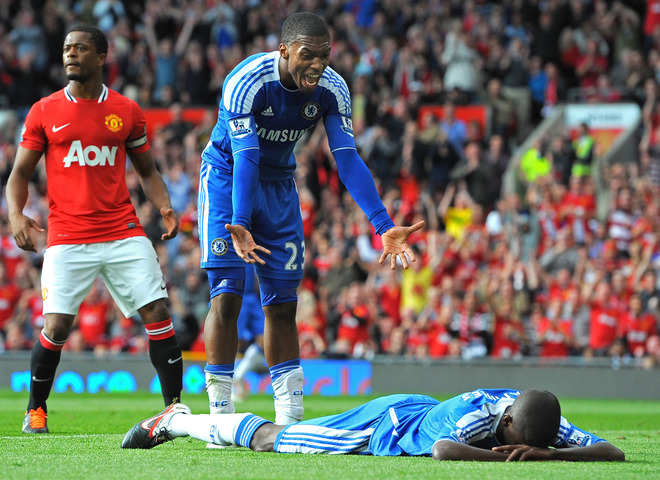 What else to talk about?

There's no reason to dwell on the missed chances, particularly that of Torres. The media is currently doing that for us. What I will say about the Spaniard, as said in the rundown, is that he was, aside from that horror show, as close to his best as we've seen him since the move. He may well be humiliated by what happened - looking at him as he exited the field, it did not appear so - but his overall play resembled that of a world-class performer. There was greatness in him today. Liverpool fans and the like can attempt to deny it, but it was out there for all to see. The goal was described as Romario-esque by Henry Winter in the Telegraph. Even in the spectacular miss, he showed uncanny movement and a truly absurd little hesitation move to round David De Gea. If Torres can manage to keep his head, he may well be primed to blossom once again.

And that brings us to making sure we get the best out of the player. Villas-Boas' tactical nous was once again on display, as was his ability to not take any shit. He yanked an anonymous Lampard at halftime. He switched to a fluid 4-2-3-1 for the second half. Both fantastic decisions. It was the 4-2-3-1 that seemed to get the best out of most involved, mainly the Spaniards (Torres and Juan Mata). Mata was positioned in the hole just behind the striker and was a constant threat. Torres, meanwhile, received the kind of service he thrives on. The 4-3-3 was not exactly ineffective - there were chances throughout the opening 45 minutes - but there was a noticeable difference after the change. We already knew AVB was tactically flexible, but it's still nice to know he's not afraid to make pivotal changes on a regular basis. It'll be interesting to see what he does against both Fulham on Wednesday in the League Cup and Swansea on the weekend.

I don't really know what else to say. I'm sure I've left out a tone, but that match took a hell of a lot out of me, both emotionally and physically. More than I expected. I was relatively fine during the opening half; disappointed we had somehow conceded three goals, yes, but of the understanding that that was anomaly. We'll play much worse than that and not concede this season. The final 45 minutes, however, sucked the life out of me and you and everyone else watching - Jessica from True Blood style. Jessica Hamby, yes.

It was indeed a spectacle. And, you know, from what we've seen of Villas-Boas-managed Chelsea, I think we can expect more of these type of matches this season. Not sure I can survive anymore of that to be honest. Whatever happens, it is bound to be exciting. I remain as optimistic as I was when the man was appointed. We're in for something special. Man, when was the last time you felt this positive (this is me assuming you feel as I do) after a loss? This is wild.