Waiting is for pussies.

Just five weeks into the new season, Andre Villas-Boas' sexy is set to invade the Terrordome. Football's equivalent of Cary Grant brings with him 450 minutes of competitive managerial experience with the Chels. Surely that's more than enough to match wits - and tailors - with one of the greatest to ever grace a sideline. Strap in, my friends. This is going to be a dandy. 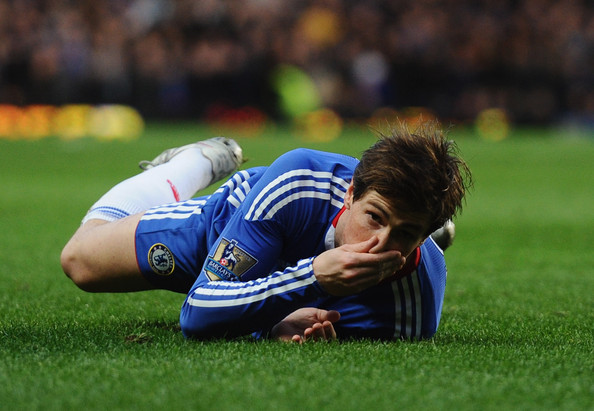 Rise and step forth into the light

The combination of the first two above has become synonymous with grand excitement in recent years. Well, at least since Roman Abramovich touched down on Fulham Road. Or, of course, if your name's Gianluca Vialli and it's 1999. Moving on then. Add the last bit, and the picture isn't quite as pretty. Chelsea have won twice in six league meetings in the red half of Manchester since the 2004-05 season, the last of which was highlighted by a Joe Cole back-heel - the definitive moment of an historic Double winning term. Last season, not so much.

In fact, it hasn't been rosy at all in recent meetings at Old Trafford. There were the two losses a season ago, both abject horror shows - particularly that muck we offered up in the Champions League. Then there was that 3-0 reverse in January 2009 under Luiz Felipe Scolari that sent yours truly into a mental tailspin. Two goals, one disallowed, from two set successive set pieces? My God. We just haven't been that good in Manchester of late.

We have the Villas-Boas. The Mata. We have the self-belief and what appears to be great solidarity amongst the players. It's mighty early to suggest such a thing, but a real revolution seems to be taking place at this club. And while this result - as Villas-Boas rightly pointed out is his pre-match press conference - isn't exactly of do-or-die importance, it does represent a marker. A quality performance, whatever the result, will be a firm foundation for the first of hopefully many successful seasons under this man. Flop and the pressure mounts. This is not a deal-breaker (obviously), but it's big, no question.

Team sheet
What will Villas-Boas do? It really is marvelous knowing that you have no fucking clue which XI we'll see tomorrow. I was a fan of Carlo, and would have backed him had he stayed around, but the staleness with which he approached the first team was baffling. Even he found it far easier just to announce the team days prior to a match - likely because he knew we all already knew who he was going to select. Perhaps this new approach has a lot to do with new, refreshing options. I rather think it has everything to do with the man in charge.

Pretty much each position is up for debate at the moment. Selection headaches are indeed a gift and a curse - more gift for me. The back four will most definitely include England's Brave John Terry and Ashley Cole. Terry's inclusion eliminates Alex from contention, quite simply because with the high line we have begun to play under Villas-Boas, some pace to compliment our captain is a must, particular against Manchester United. I think we all understand what Javier Hernandez can accomplish; his movement is phenomenal. I also believe we all know what the young Mexican can do against a high line.

So then it must be Branislav Ivanovic or David Luiz. Bob was his usual self in his return to the team in midweek. A superb goal and a couple of shake your head moments. He should have been sent off, really. It's his compulsiveness that lends creed to starting Bane. I would go with the Serbian because, quite simply, we cannot afford to lose a defender to a mental lapse. Bob is amazing, but I reckon keeping him on the bench for perhaps an impact cameo if needed is the move. And, no, I don't think Bob should ever fill the holding role. More on that in a later post. (Regardless of my opinion, I still think AVB will go with Bob).

Who at right back? Well, with Bane in the heart of defense, it must be Jose Bosingwa. It should be Jose Bosingwa. He's been a revelation thus far, not in the sense of true performance but in the sense that he was just so fucking bad last year. It's like having a new player. Bos will be tasked with dealing with the in-form Ashley Young. A massive challenge, but one I think he can just about deal with. Hopefully.

In midfield, the options are there. Calls for Frank Lampard's benching have been vehement in recent weeks, but he who is Super must start here for me. The Manchester United goalkeeper, David De Gea, has had difficulty with strikes from distance. What does Lampard do better than pretty much anyone? Strike from distance. Lampard must be allowed - must be positioned is probably better wording - to find openings from deep. I'd opt for John Obi Mikel ahead of Raul Meireles in the holding role, as while Meireles would lend better to the attack he doesn't have the same ability to close down the space between the central defenders and midfield that Wayne Rooney loves to occupy. Mikel must be instructed to move the ball quicker when in possession, though. The last of the trio would be Meireles. It's a tough call between he and Ramires, but Meireles offers a better range of passing and, of course, has the propensity to hit a clean strike from anywhere around the penalty area. Having someone with the dynamism of a Ramires in reserve is an added bonus.

Up front then. Well, it has to be Fernando Torres flanked by Juan Mata and Daniel Sturridge. No Didier Drogba (concussion) makes that decision a tad easier, but it really wasn't a question for me. With that being said, Torres must be instructed to dismiss whatever Nicolas Anelka has been telling him and stay very high up the pitch. Stay tight on the central defenders. Do not - I repeat, do not - drop deep. That's never been his game. What we need from him is to receive the ball facing goal, in a position to run at defenders. Anelka, in very good form it must be said, gives us a great option off the bench.

Mata and Sturridge don't need to be discussed. We know what we want them to do. They have done it to great effect already this season. Continue on, young men.

Manchester United. Despite the somewhat disappointing result in midweek in Lisbon, this team is in excellent form - at least going forward. They have netted 18 times in four league matches, eight of those against the Arsenal reserves a few weeks back. A quintet - highlighted by a second consecutive hat trick from Wayne Rooney - buried a decent enough Bolton side last weekend. And, you know, Chicharito is only just returning from a concussion. This is a scary proposition for the Chels.

But not an impossible task. Hardly. This United team can be got at. Bolton, in particular, displayed the ability to create chances against a defense that is neither first choice nor impervious. Proper finishing, and we may have seen a much more entertaining match, at least from Bolton's perspective. Though Rio Ferdinand should be fit for tomorrow, Nemanja Vidic is on the shelf for a while. So, too, is the fullback Rafael. Though both Chris Smalling and Phil Jones have unlimited ceilings - these two are real talents - they don't exactly strike fear into players of the quality that Chelsea have. At least not yet.

Of note is the fact that United have yet to face a league side with a recognizable holding midfielder. Arsenal likely would have fielded one, but were without both Alex Song and Emmanuel Frimpong. We all saw how that one turned out, too. United's wing play has been highlighted so far and rightfully so. Young has been sensational. However, I reckon it's the link play in central midfield that has proved far more pivotal for them. The quick counter has been ruthless thanks to the growth of Tom Cleverly. Cleverly, however, is out injured. Can Michael Carrick fill the role adequately? He certainly couldn't in midweek.

What about Ji-Sung Park? The South Korean is a big-game performer and represents a much more versatile option than that of Nani. He can drop into midfield and contain the runs of Cole as well. That'll be an interesting call for Ferguson. We've already spoken of Chicharito. He's not exactly a threat physically, but his movement is devastating.

All that said, it still all comes down to Rooney. The England forward has been unbelievable thus far this season - the best in the league by far. His ability coupled with an outstanding workrate and a selfless mindset make him the linchpin of United's current success. We must play the ball quickly enough to nullify Rooney's ability to represent the first line of defense. We all know he harasses from the front almost better than anyone. We also must, as stated earlier, restrict the amount of space there is between midfield and defense. Limit Rooney's ability to roam will not only limit Rooney's success but also that of Little Pea. It will also go far in deciding just how effective we can be at Old Trafford. 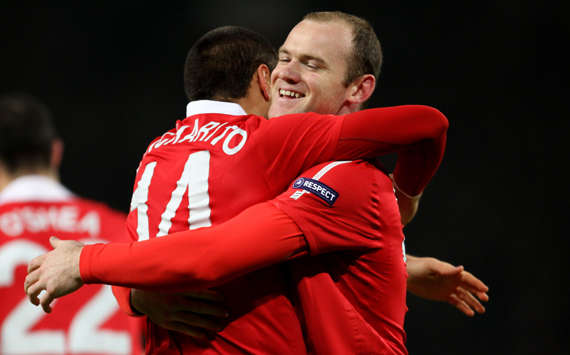 Stat of the day
Chelsea have won five times at Old Trafford in the Premier League era, more than any other team.

What to expect
A belter. What else?

This is going to be an immense ask of the boys, no question. Any type of result would be most welcome by Villas-Boas, I'm sure. Yes, United have been for the most part brilliant, but, like I said, I think they are vulnerable in defense. Chelsea, meanwhile, have been steadily progressing. We have yet to come close to reaching our full potential.

If we can survive the early surge that almost certainly will arrive - something we failed to do last season - then we'll be in position to make a statement. We've said it time and time and time again, but what an opportunity this is for Torres to reward his teammates and coach for backing him through this torrid period of his life.

Time to stand up and be counted. Everybody. Can't wait for this one, guys. See you in the morning for what I hope is an epic encounter. KTBFFH