Tuesday is certain to be a special European night at Stamford Bridge. Whether or not the guest of honor plays a prominent role is up for suggestion. 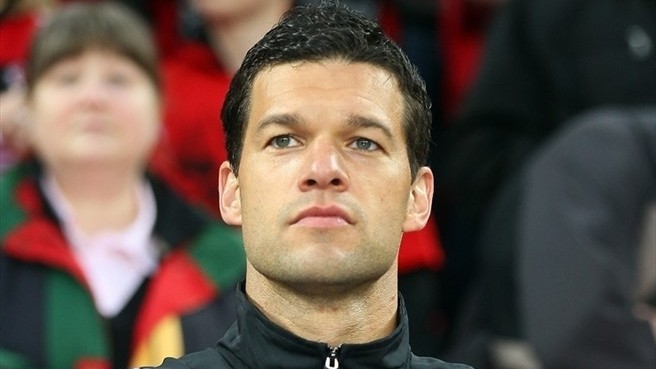 This has been spoken of at length, but it bears repeating. Michael Ballack is returning to London. The old man - the legend - will be part of a quite good Bayer Leverkusen side that will be making its first trip to the Bridge since, well, ever. Tuesday's fixture surprisingly represents the first competitive game between these two clubs.

Bayer, under new manager Robin Dutt, are not likely to be easily defeated. This, my friends, will be a test.

Why: Because a winning start to the group stage, at home, is most important. Doing the business at home at this point of the tournament frees you up so much as a manager, be it via rotation and rest - pivotal for a club involved in multiple competitions like Chelsea - or the ability to experiment with formation and tactic. Andre Villas-Boas will be anxious to lay a solid foundation for a potential deep run in the CL and that starts with a win versus Bayer.

Said AVB on the subject: "We have been determined to make (the CL) one of our objectives this season. We hope to progress all the way and hope to be at the level the Champions League requires. We have to be extremely focused. A lot of top European clubs have not won this competition but want it. Our time will come. The amount of top teams you have is even more visible this year with the amount of teams of quality and in-depth squads. Man City, Inter Milan will try to regain a trophy they lost, Real Madrid with the squad they have. There are so many in-depth squads that can go all the way."

You really couldn't say it any better.

Chelsea team news is pretty straight forward for this one. Ramires is suspended after being sent off in the debacle at Old Trafford last season. Romelu Lukaku and Ryan Bertrand were not on the club's eligible squad list for the group stage. And, of course, Didier Drogba is still missing because of a concussion. Fernando Torres was rested at the weekend with a view to starting Tuesday (we think), while, Raul Meireles, Daniel Sturridge and Juan Mata probably expect to be in the starting mix after excellent performances at the Stadium of Light.

Could we see Bob make his first competitive appearance of the season? I wish I had an answer to that one. Regardless of whether David Luiz is included or not, we should look pretty similar to the weekend sans Ramires.

Bayer, meanwhile, who currently sit fourth in the Bundesliga after five games, are coming off an impressive 4-1 victory at FC Augsburg. They did this, alarmingly for supporters of Ballack, thanks in large part to the contribution of young Andre Schürrle. The 20-year-old replaced the former German captain early in the second half, and pretty much changed the dynamic of the match. Though he did not score, Schürrle was devastating in setting up a pair. Pretty much anything dangerous offensively for the visitors came through him over the final 30 minutes or so.

The young German's form leaves Ballack's inclusion at the Bridge up in the air. Dutt prefers a 4-2-3-1, and his double pivot of Lars Bender and Simon Rolfes is pretty killer. Bender has a slight injury to his knee, but is expected to play. Renato Augusto and Sidney Sam are versatile enough to slot anywhere in front of those two, meaning it's either our former Der Kaiser, not at his best, or Schürrle, beginning to announce himself to the world. Let's hope he goes with Ballack.

Elsewhere, Bayer is still without both their first and second choice goalkeepers. Tranquillo Barnetta, a dynamic winger, is out for the foreseeable future after knee surgery. Defender Bastian Oczipka has a broken left ankle, and will not be featuring anytime soon.

Difficult match, one that I think we'll just shade. It will definitely be interesting to see how Torres performs after the egregiousness that was his substitute appearance at Sunderland. That is if he even plays. Other than that, let's just continue on the upward curve we're currently on. Up the Chels and all that jazz. KTBFFH